BELGIUM : REVISITED THE BEST AND WORST AT EUROVISION

Some of you may recall that last year I published a best and worst at Eurovision article for every country that was taking part in Eurovision 2016 with the exception of Australia who were only competing for the second time. So this year I will publish one for Australia and Portugal who are returning. Also I will revisit each of the other countries to see if last years entry has entered the best or worst hall of fame. Now that the National Finals season is finished and all songs for Eurovision 2017 have been selected we now have 5 weeks where we wait for the rehearsals to begin in Kiev. What better way to fill the time than to look back over the 61 years of Eurovision at some of the best and worst entries that countries have sent to the Eurovision stage. There were 43 countries going to Kiev to take part in the 2017 edition of our favourite musical extravaganza,  until 22nd March when Ukraine authorities placed a ban on the Russian entrant Yulia Samoylova entering Ukraine. So it looks most likely that Russia will not take part and you can see our article announcing the news here.  So we continue our journey with Belgium who have won the contest once, also won a semi Final, but have also finished second on four and finished in the top 10 on 20 other occasions and finished last on eight occasions. This has been achieved in 58  participations phew!! You can check out the previous articles from last year in the best and worst series for Ireland HERE ,Spain HERE, Austria HERE, Bosnia & Herzegovina HERE, Iceland HERE, Belarus HERE, Denmark HERE, Georgia HERE, Germany HERE, Cyprus HERE, Finland HERE, Belgium HERE, Hungary HERE, Switzerland HERE, Ukraine HERE, Moldova HERE, Estonia HERE, Norway HERE, Italy HERE, Slovenia HERE, The Netherlands HERE, Armenia HERE, Azerbaijan HERE, San Marino HERE, Israel HERE, Albania HERE, Poland HERE, Serbia HERE, France HERE, Romania HERE, Russia HERE, Croatia HERE, Czech Republic HERE, Malta HERE., Macedonia HERE, Lithuania HERE, Latvia HERE, Sweden HERE,  United Kingdom HERE, Greece HERE, Bulgaria HERE  and Montenegro HERE. Also the articles for this year for Belarus HERE., Germany HERE., Hungary HERE., Austria HERE., Cyprus HERE. , Denmark HERE. , The Netherlands HERE. , Finland HERE. ,Poland HERE. , Australia HERE. and Romania HERE.

So this year Belgium are represented by Blanche with the song ‘City Lights’. We will have to wait and see if it turns  out to be more of a best or  worst song for Belgium but the overall reaction is very positive so far. You can catch up on our article announcing Blanche as the representative here.

So last year Belgium were represented by Laura Tesoro with the song ‘What’s The Pressure’. So how did Laura do in Stockholm? Well she came 10th in the Grand Final after coming 3rd in her Semi Final too. So despite a good result I am unable to welcome her into the hall of fame as one of the best or worst entries for Belgium.

So my selections for best and worst entries are based on a combination of actual results and personal taste. Now Belgium have been in Eurovision for a mammoth 58 times which makes the choices harder still.

We do not have to go very far back in time to find our first song that is one of the best for Belgium. The year 2015 and we were in Vienna to see Loic Nottet perform the song ‘Rhythm Inside’. 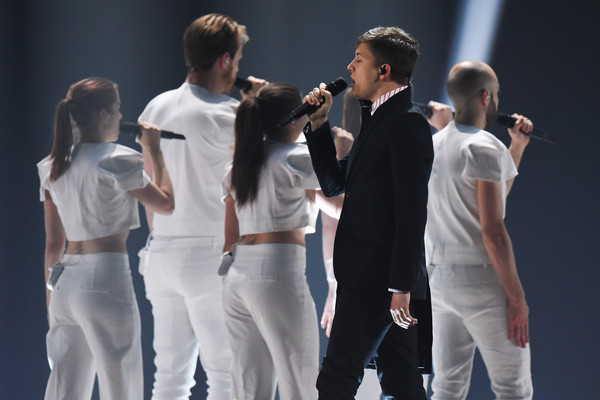 Now this was a classy piece of contemporary pop with a very slick dance routine. This included a certain amount of Loic lying on his back while performing and strutting around the stage in time to the music. He easily progressed to the Final in 2nd place but in the Jury Final on the Friday the Belgian delegation lodged a complaint that a lot of smoke from the previous act Australia was still present for his time on stage therefore disrupting their performance. The Jurys were told to disregard the smoke. Nevertheless he still managed to finish in 4th place in the Final with 217 points.

Moving along we look at one of the worst entries for Belgium. The year was 2007 and we were in Helsinki to see The KMG’s perform the song ‘Love Power’. 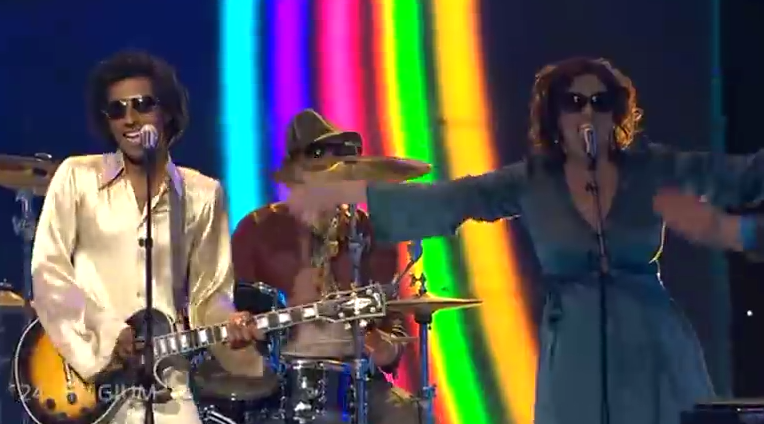 Now the KMG’s were quite a selection of characters from lots of different parts of the world. Also known as the Krazy Mess Groovers they had to dispense with the service of some of their members for Eurovision due to the 6 performers rule. Those who participated were Sexyfire, Mr Scotch, Mr French Kiss, Big Boss, Mr Cream and Lady Soulflower. This contained a mixture of Belgian, French, Pakistani, Ukrainian, Vietnamese and Polish decent. So quite a colourful mix but the song did not seem to hit the right spot as it ended up finishing only 26th with 14 points.

So now we move back to look at another best of entry for Belgium. The year was 2003 and we were in Riga to see Urban Trad perform the song ‘Sanomi’. 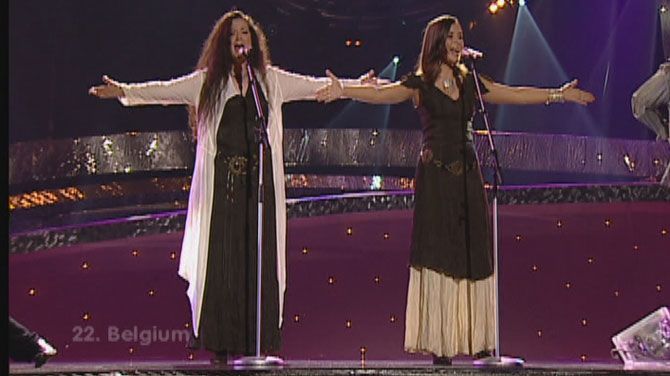 The minute I first heard this song I was wowing about it to my mates. Phah they all said it is rubbish and will sink without trace. But I knew otherwise and was quietly confident it would do well. Now Urban trad are a modern Belgian folk group with both French and Flemish speakers. They sang a modern folk song in an imaginary language. In one of the closest voting finishes in the recent history of the contest it missed out on winning by only 2 points and finished in 2nd place only 1 point ahead of 3rd. The final points tally was 165. I guess I was right after all.

Our next song that has to be considered one of the worst for Belgium was a ballad. The year was 2000 and we were in Stockholm to see Nathalie Sorce performing the song ‘Envie De Vivre’. 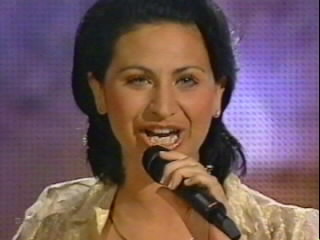 So onto our last song that was one of Belgium’s best. The year was 2010 and we were in Oslo to see the lovely Tom Dice perform the song ‘Me and My Guitar’. 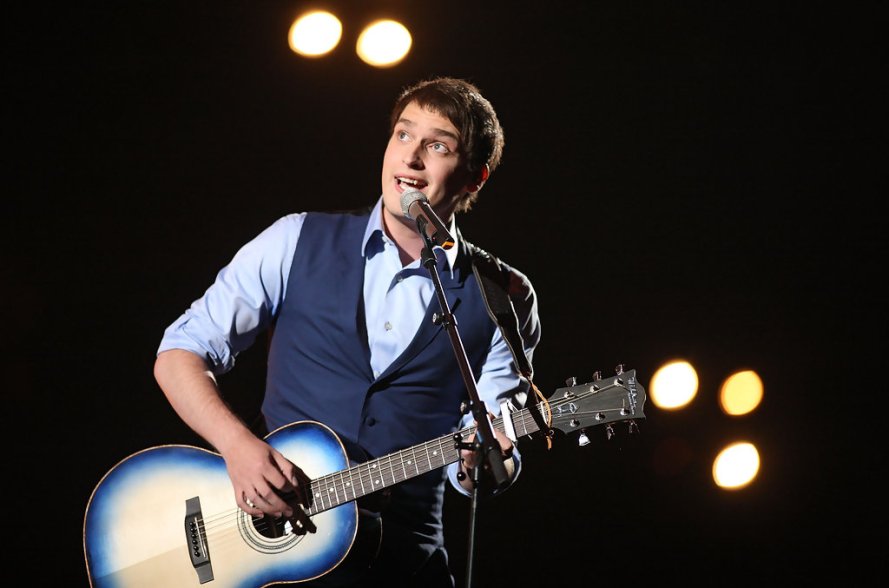 Now Tom had a nice simple song with a heavy acoustic guitar influence. He co wrote the song himself along with the British writer Ashley Hicklin. It managed to be Belgium’s first qualifier from the Semi Finals since they were introduced therefore bringing to an end a barren spell of 5 years out of the Final. It won its Semi Final and then went on to finish 6th in the Final with 217 points.

We now arrive at the last song for Belgium and it is yet another good baddie. The year was 2009 and we were in Moscow to see Patrick Ouchène perform the song ‘Copycat’. 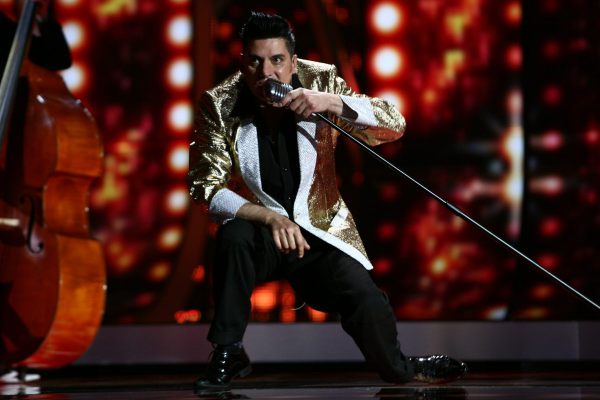 Now Patrick had a definitive rockabilly style about him and his song. The performance was energetic enough but clearly the style was not well liked as it only scored 1 point and finished 17th(second last) in the Semi Final.

So there we have it folks, my little delve into Belgian Eurovision history and some of the best and worst moments over the years. Do you agree with all or even any of my choices? Feel free to comment below.