UKRAINE : THE BEST AND WORST AT EUROVISION OVER THE YEARS

Now that the National Finals season is finished and all songs for Eurovision 2016 have been selected we now have a period of around 5 weeks where we wait for the rehearsals to begin in Stockholm. What better way to fill the time than to look back over the 60 years of Eurovision at some of the best and worst entries that countries have sent to the Eurovision stage. There are 43 countries going to Stockholm to take part in the 2016 edition of our favourite musical extravaganza and we continue our journey with Ukraine who have an amazing record having won the contest once, finished second twice and third on one occasion. They have also reached the top 10 on four other occasions. This has been achieved in only 12 participations. You can check out the previous articles in the best and worst series for Ireland HERE ,Spain HERE, Austria HERE, Bosnia & Herzegovina HERE, Iceland HERE, Belarus HERE, Denmark HERE, Georgia HERE, Germany HERE, Cyprus HERE, Finland HERE, Belgium HERE, Hungary HERE and Switzerland HERE. 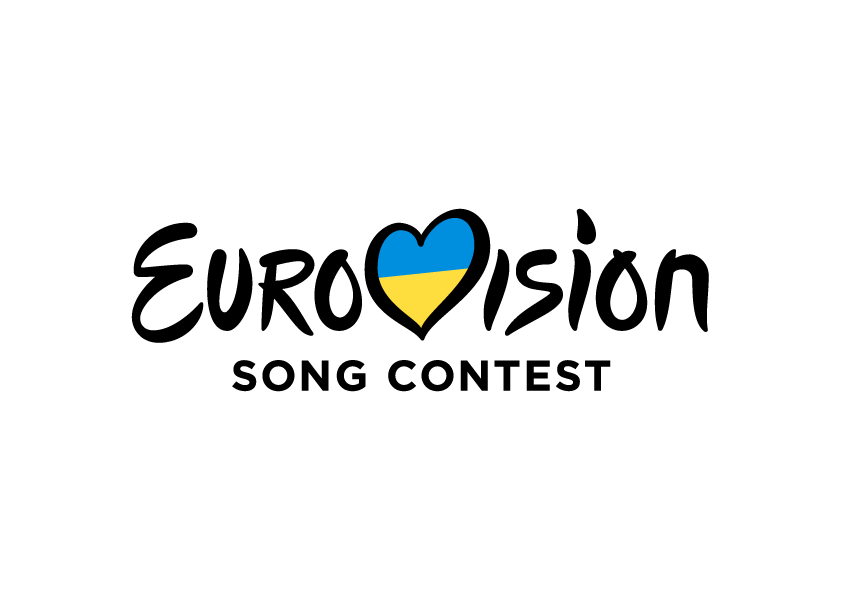 So this year Ukraine are represented by Jamala with the song ‘1944’. We will have to wait and see if it turns  out to be more of a best or  worst song for Ukraine but the overall reaction is very positive so far. You can catch up on our recent article telling us some little known facts about Jamala HERE.

So my selections for best and worst entries are based on a combination of actual results and personal taste. Now Ukraine have only twelve entries to choose from making the task of choice easier. As I tend to choose 3 in each category it will only leave 6 Ukrainian entries out of the selection here.

We do not have to go very far back in time to find our first song that is one of the best for Ukraine. The year was 2007 and we were in Helsinki to see Verka Serduchka singing the song ‘Dancing Lasha Tumbai’. 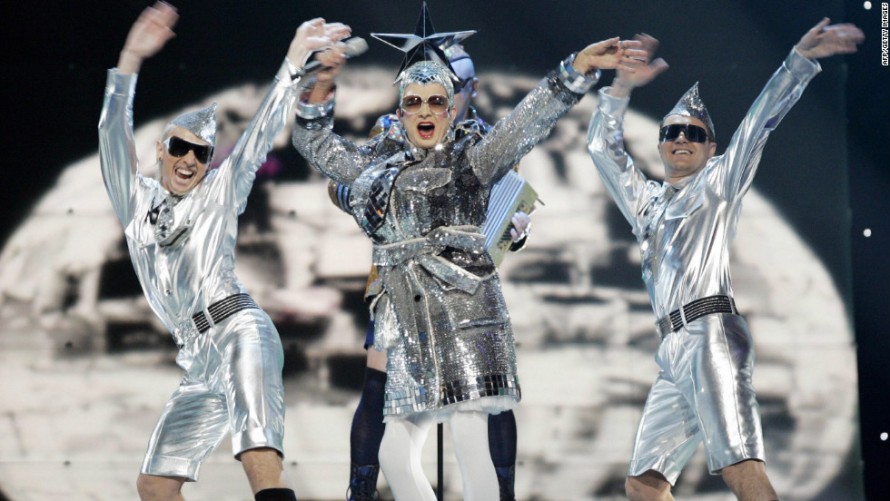 Now Verka is a drag character invented by the Ukranian singer and comedian Andriy Mykhailovych Danylko. Many people in Ukraine tried to organise a protest when he was selected stating it was grotesque and vulgar. The song was sung in German, English, Ukranian and Russian. The costumes were very outlandish all in silver. Verka’s outfit was made by Dolce & Gabbana.  Some of the lyrics were considered controversial as a dig at Russia but it went on to do very well finishing in 2nd place with 235 points.

Moving along we look at one of the worst entries for Ukraine. We were in Kiev to see the hosts in 2005 being represented by Greenjolly singing ‘Razom nas bahato’. 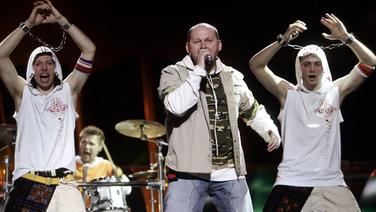 Now Greenjolly are a Ukrainian rap/hip hop group and were a late addition to the National selection process as they were popular due to the song being the unofficial song for the Orange Revolution. The lyrics had to be substantially changed to comply with EBU rules about political lyrics. It finished in 19th place with 30 points. 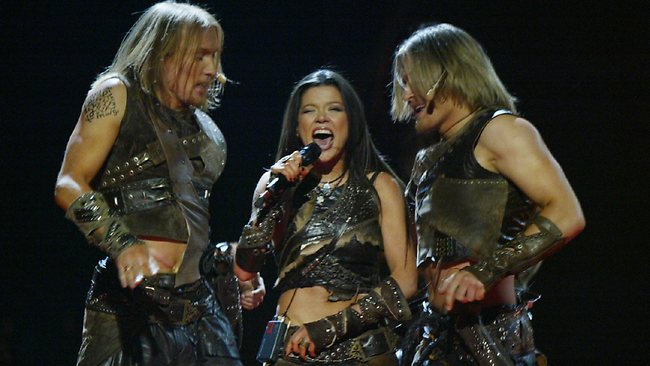 Now this was a fun energetic song. Ruslana and her male dancers were all dressed in leather outfits and were in fact so energetic they broke the stage during one of their rehearsals. The song was the first song to go onto win the contest since 1999 that had lyrics other than English as it also had Ukranian in it too. It amassed a record total of 280 points. The song also went on to big chart success in parts of Europe and catapulted Ruslana to becoming a bigger star as well as furthering political ambitions.

Our next song that has to be considered one of the worst for Ukraine was performed in 2012 and we were in Baku to witness the spectacle that was Gaitana singing ‘Be My Guest’. 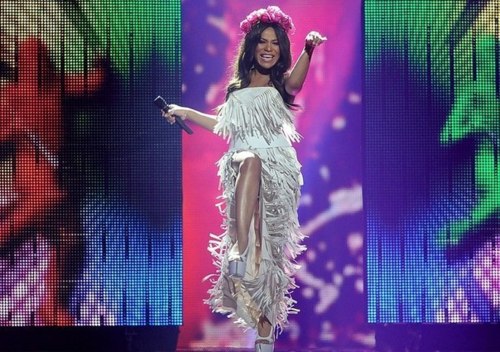 There is no doubt that this song would not be a worst song with more entries to choose from as I loved it and it was a good enough performance. But in the restriction of only having a few entries to choose from and picking three songs that were at the bottom this is why it finds itself here. Gaitana was the first singer of Afro-Ukrainian descent to represent her country. Her usual styles of jazz funk and soul could all be felt in her song. It qualified for the final in 8th and then went on to finish in 15th with 65 points which is Ukraine’s worst finish since hosting the competition.

So onto our last song that was one of Ukraine’s best. It was in 2008 and Belgrade was witness to a nice piece of  pop music from Ani Lorak with the song ‘Shady Lady’. 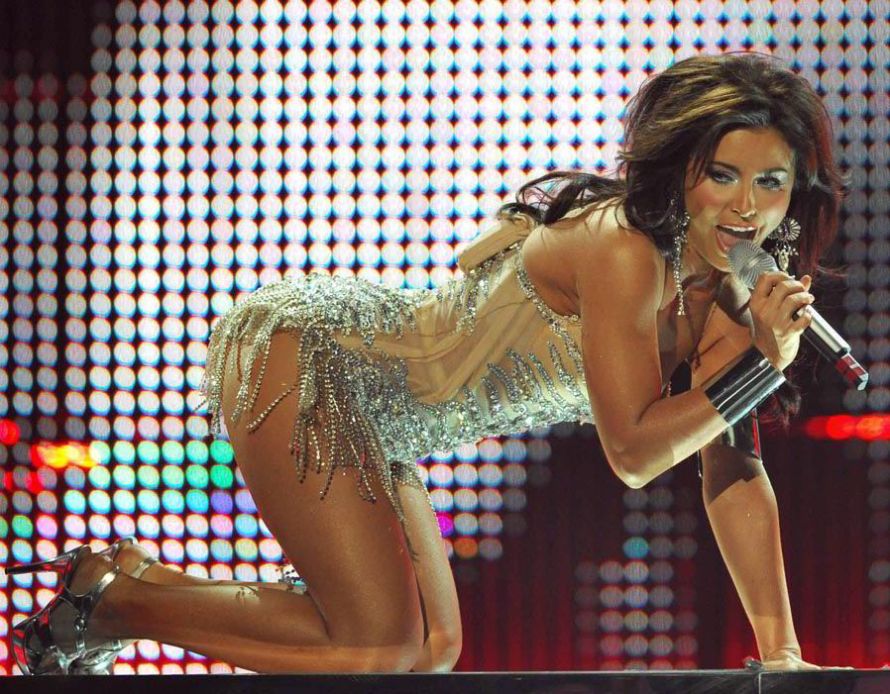 Now the song was written by Philipp Kirkorov and was a very upbeat piece of pop. The performance was very energetic making use of a large box that lit up and also which Ani stood atop at one stage. For Ani Lorak this was her second time of being involved in Eurovision sort of. In 2005 she came very close to be the host countries entry but failed at the last hurdle to Greenjolly. But this time she was internally selected and only had to have the song chosen by the public from a selection of 5. She ended up winning her Semi Final and then going on to come 2nd in the Final with 230 points.

We now arrive at the last song for Ukraine and it was the debut entry for them. In 2003 we saw Oleksandr Ponomariov in Riga with the song ‘Hasta la Vista’.

It was a song that was performed in English by a singer that at the time was one of  the most popular in Ukraine. The performance included a contortionist dancer and an Apollo rocket in the backdrop. The song was written by the well known Israeli composer Sviki Pick who wrote many Eurovision entries including Dana International’s winning entry in 1998. It was a decent attempt at a debut for Ukraine but ultimately finished in 14th place with 30 points.

So there we have it folks, my little delve into Ukrainian Eurovision history and some of the best and worst moments over the years. Do you agree with all or even any of my choices? Feel free to comment below.