MACEDONIA: THE BEST AND WORST AT EUROVISION OVER THE YEARS

Now that the National Finals season is finished and all songs for Eurovision 2016 have been selected we now have a period of just over a week where we wait for the rehearsals to begin in Stockholm. What better way to fill the time than to look back over the 60 years of Eurovision at some of the best and worst entries that countries have sent to the Eurovision stage. There are 43 countries going to Stockholm to take part in the 2016 edition of our favourite musical extravaganza and we continue our journey with Macedonia who have never won the contest or finished last. Their best finish has been 12th. They have failed to qualify from the Semi Finals seven times with their lowest Semi Final finish 16th. This has all been achieved in 16 participations. You can check out the previous articles in the best and worst series for Ireland HERE ,Spain HERE, Austria HERE, Bosnia & Herzegovina HERE, Iceland HERE, Belarus HERE, Denmark HERE, Georgia HERE, Germany HERE, Cyprus HERE, Finland HERE, Belgium HERE, Hungary HERE, Switzerland HERE, Ukraine HERE,Moldova HERE, Estonia HERE, Norway HERE, Italy HERE, Slovenia HERE,The Netherlands HERE, Armenia HERE, Azerbaijan HERE, San Marino HERE, Israel HERE,Albania HERE, Poland HERE,Serbia HERE,France HERE, Romania HERE, Russia HERE, Croatia HERE, Czech Republic HERE and Malta HERE. 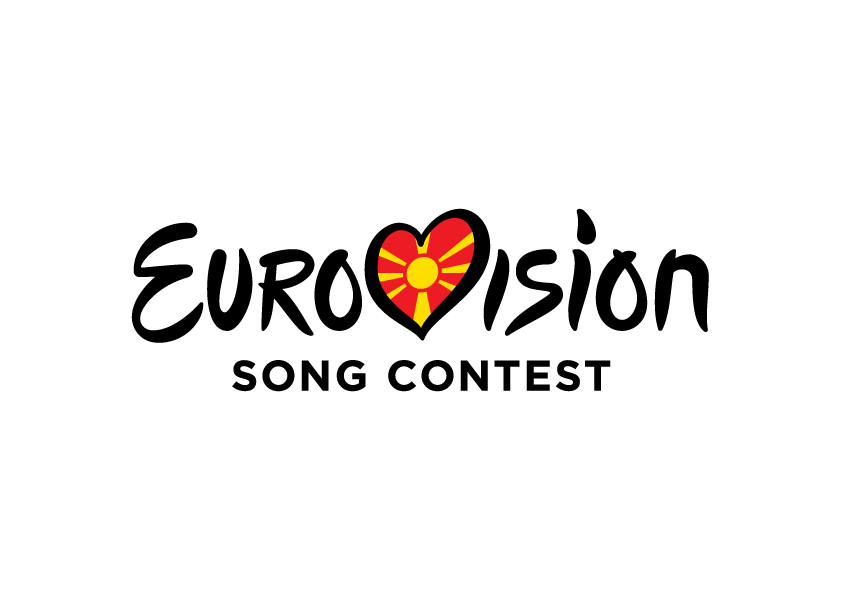 So this year Macedonia are represented by Kaliopi with the song ‘Dona ‘. We will have to wait and see if it turns  out to be more of a best or  worst song for Macedonia but the overall reaction is fairly positive so far and at Eurovision Ireland we just LOVE IT!!  You can catch up on our recent article on our thoughts on the song HERE and our interview with Kaliopi in London HERE.

So my selections for best and worst entries are based on a combination of actual results and personal taste. Now Macedonia have sixteen entries to choose from making the task a lot easier. There are some  great songs from Macedonia that have deserved better results over the years but I am struggling to pick out the three best. So I will highlight more good Macedonian entries after I have picked three good and bad ones.

We only have to go back 4 years to find our first song that is one of the best for Macedonia. The year was 2012 and we were in Baku to see Kaliopi  singing the song ‘Crno I Belo’.

Now this was not actually Kaliopi’s first foray into Eurovision as she was picked to be Macedonia’s debut entry back in 1996. But as there were a lot of new countries wishing to take part there was a non televised audio pre selection round and Macedonia failed to qualify for the Final. So Kaliopi had to wait 16 long years to make her debut in the contest. The song was selected after Kaliopi was internally selected. She chose the song which had been sent to her by the composer Romeo Grill who is her ex husband so Kaliopi added the lyrics and the result was a beautifully crafted song. Ok course she gave a wonderful performance and qualified for the Final placing 9th then went on to finish 13th with 71 points. We of course see the return again of Kaliopi this year in Stockholm and look forward to see if she can improve on this placing.

So moving along we look at one of the worst entries for Macedonia. We were in Tallinn in 2002 to see Karolina Gočeva perform the song ‘Od nas zaviši ‘.

Now the song is a dramatic ballad, with Karolina musing on the subject of a lost love. She sings that any time at all can be paradise, but that making it so “depends on us”. It was performed in Macedonian but it was intended for this song to have been performed in English on the Eurovision night, however when the song was being registered with the EBU, it was put down that it would be performed in Macedonian, therefore this document had to be honoured. Karolina is a well established pop artist who has also represented her country a second time in 2007 with a better result. This song however finished 19th in the Final with 25 points which equals Macedonia’s worst result in a Final.

So now we move back to look at another best of entry for Macedonia. We were in Istanbul in 2004 and the performer was Tose Proeski with the song ‘Life’.

Now the song was performed in English and this was the first time that a Macedonian entry did not feature at least some of their native language. The song is well known for its unusual performance, which began with Proeski ostensibly alone on stage. As the opening bars of music were played, however, the arms of his backing dancers gradually engulfed him, eventually pulling him in various directions. This is to symbolise a confusion and turmoil. The arms have the same pattern sleeve as Proeski’s jacket so that they look like his own and symbolising that this suffering is possibly of his own mental doing. Tose was a big star throughout the Balkan region and in fact was due to represent Serbia and Montenegro at Eurovision in 2003 but due to too many countries wishing to take part they were forced to withdraw by the EBU. Tragically his life was cut way too short when he died in a car crash in 2007. He was only 26 and a state funeral was held for him. The song qualified for the Final in 10th place then finished in 14th place with 47 points.

Our next song that has to be considered one of the worst was in the year 2011 and we were in Dusseldorf to witness Vlatko Ilievski singing ‘Rusinka’. 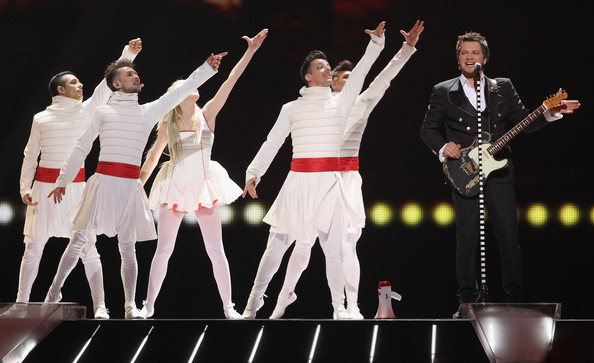 This was a song that was sung in Macedonian at Eurovision but he recorded English, Russian and Serbo-Croatian versions too. The music incorporates modern music style mixed with traditional Russian music. The lyrics are about a Macedonian boy who falls in love with a Russian girl, saying that he doesn’t understand a word she is saying, but he would learn everything just for her. The traditional drinks of both countries (Macedonia and Russia) vodka and rakija are mentioned in the text. Vlatko is a pop rock singer who started his career in the rock band Morality. He then pursued a solo career and just missed out on going to Eurovision in 2010 too. He tried again in 2015 but came last in the Skopje Festival which is used to select the entry. The song failed to qualify from the Semi Final finishing in 16th place with 36 points and this equals Macedonia’s worst showing in a Semi Final.

So onto our next song that was one of Macedonia’s best. It was in 2006 and Athens was witness to seeing Elena Risteska perform with the song ‘Ninanajna’.

Now starting with the song it was performed in both English and Macedonian. The song is an urban-inspired track, although the lyrics in Macedonian and English have quite different meanings. The version as performed at the Contest featured the English lyrics until the final chorus, when Risteska switched to Macedonian to express much the same sentiments as she had been throughout the song. At the performance Risteska was wearing a red shirt with beads and a pair of hot pants. Risteska had three dancers dressed in casual clothing along with two backing singers who remain at the back and were incorporated into the dancing at certain points of the performance. Elena is a prolific singer song writer in her home country and is known for her pop hip hop and RnB styles. The song qualified for the Final in 10th place then went on to finish in 12th place with 56 points which is Macedonia’s best result to date.

We now arrive at another song for Macedonia and it’s another of the worst ones. In 2009 we saw Next Time in Moscow with the song ‘Nešto što kje ostane’.

It was a song that was performed clearly in the rock genre after it was originally performed with a more pop feel in Skopje Festival. It was sung entirely in Macedonian although an English and Croatian versions were also recorded. Next Time is a rock duo from Skopje. The duo consists of twin brothers Martin and Stefan Filipovski. Stefan fronts the band as the lead singer, while Martin plays the guitar and sings back-up vocals. The song finished in 10th place in the Semi Final but did not advance to the Final as the rules then stated only the top 9 qualified and the 10th spot was a jury pick. Macedonia therefore did not get picked by the jury. It ended up with 45 points.

1998 Vlado Janevski with the song ‘Ne zori, zoro’ was the debut entry for Macedonia.

So there we have it folks, my little delve into Macedonian Eurovision history and some of the best and worst moments over the years. Do you agree with all or even any of my choices? Feel free to comment below.