ALBANIA : THE BEST AND WORST AT EUROVISION OVER THE YEARS

Now that the National Finals season is finished and all songs for Eurovision 2016 have been selected we now have a period of around 3 weeks where we wait for the rehearsals to begin in Stockholm. What better way to fill the time than to look back over the 60 years of Eurovision at some of the best and worst entries that countries have sent to the Eurovision stage. There are 43 countries going to Stockholm to take part in the 2016 edition of our favourite musical extravaganza and we continue our journey with Albania who have never won the contest but  finished in the top 10 two times with 5th being their best position. They have never finished last but have failed to qualify from the Semi Final on five occasions with their lowest place being 17th. This has all been achieved in twelve participations. You can check out the previous articles in the best and worst series for Ireland HERE ,Spain HERE, Austria HERE, Bosnia & Herzegovina HERE, Iceland HERE, Belarus HERE, Denmark HERE, Georgia HERE, Germany HERE, Cyprus HERE, Finland HERE, Belgium HERE, Hungary HERE, Switzerland HERE, Ukraine HERE,Moldova HERE, Estonia HERE, Norway HERE, Italy HERE, Slovenia HERE,The Netherlands HERE, Armenia HERE, Azerbaijan HERE, San Marino HERE and Israel HERE. 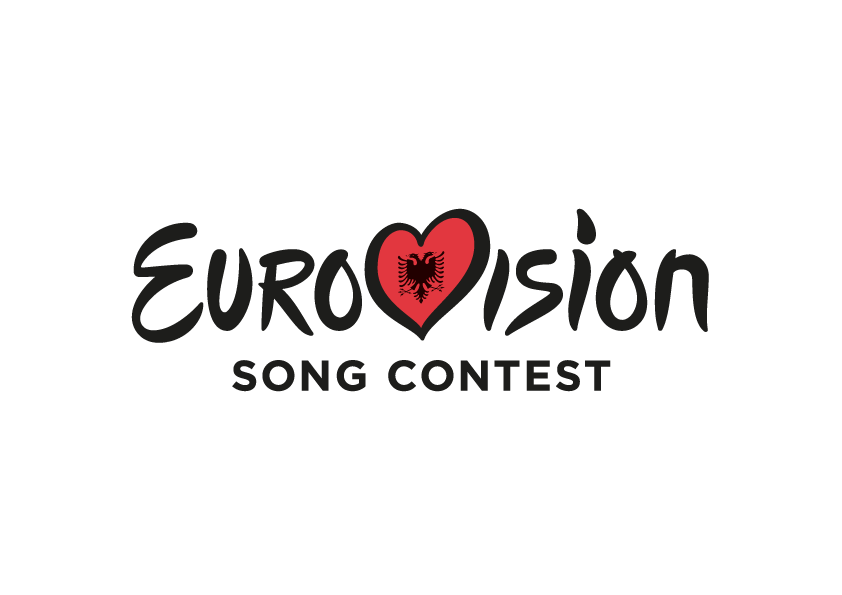 So this year Albania are represented by Eneda Tarifa with the song ‘Fairytale’. We will have to wait and see if it turns  out to be more of a best or  worst song for Albania but the overall reaction is fairly mixed so far. You can catch up on our recent article revealing Eneda’s revamped song for Eurovision HERE.

So my selections for best and worst entries are based on a combination of actual results and personal taste. Now Albania have only twelve entries to choose from making the task a lot easier. There are some great songs from Albania so lets see what I have chosen.

We do not have to go back too far to find our first song that is one of the best for Albania. The year was 2012 and we were in Baku to see Rona Nishliu singing the song ‘Suus’. 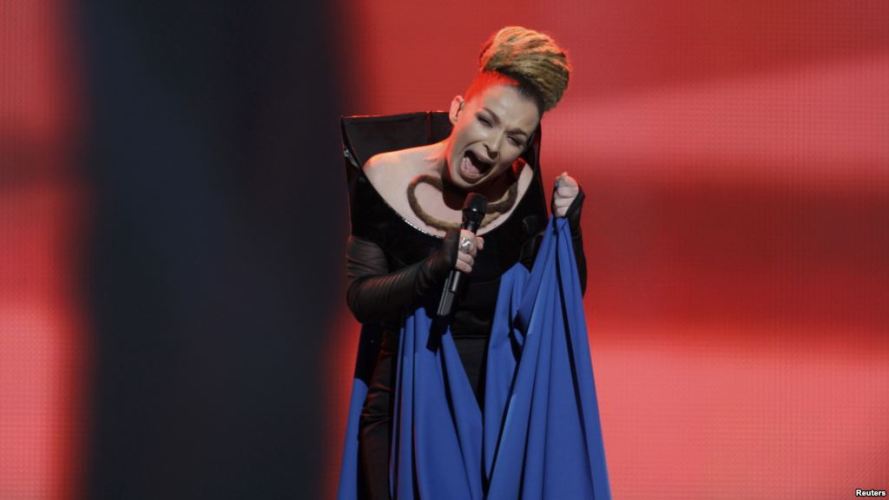 Now Rona was born and raised in Kosovo but her family moved to Albania due to political reasons. She eventually became a citizen of Albania shortly before she went to Eurovision. She had tried to get to Eurovision in 2005 but failed narrowly. However she brought the highly challenging Suus instead seven years on. Rona wrote the lyrics herself and sang entirely in Albanian. The classy ballad was noted for its amazing sweeping vocals from Rona. It finished in 2nd place in the Semi Final and went on to give Albania its best finish in 5th place in the Final with 146 points.

So moving along we look at one of the worst entries for Albania. We were in Copenhagen in 2014 to see Hersi Matmuja perform the song ‘One Night’s Anger’. 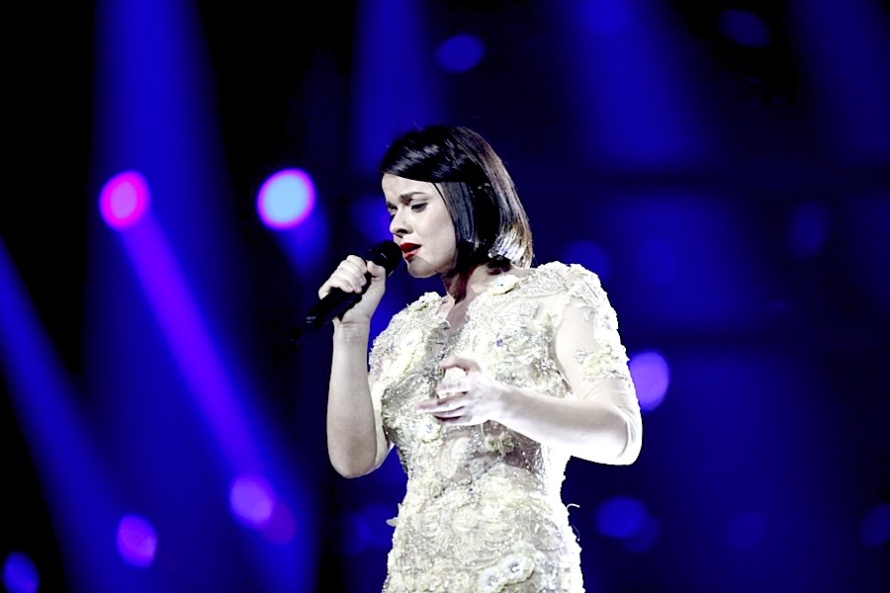 Now the song is about the dangers of letting anger guide one’s decisions, and the importance of thinking before reacting. It was changed from the original Albanian version to English for Eurovision and received mixed reviews from music critics beforehand. Hersi had tried to represent Albania four times in all winning the chance in 2014. The song went on to finish in 15th place in the Semi Final with 22 points and failed to get to the Final.

So now we move back to look at another best of entry for Albania. We were in Istanbul in 2004 and the performer was Anjeza Shahini with the song ‘The Image of You’. 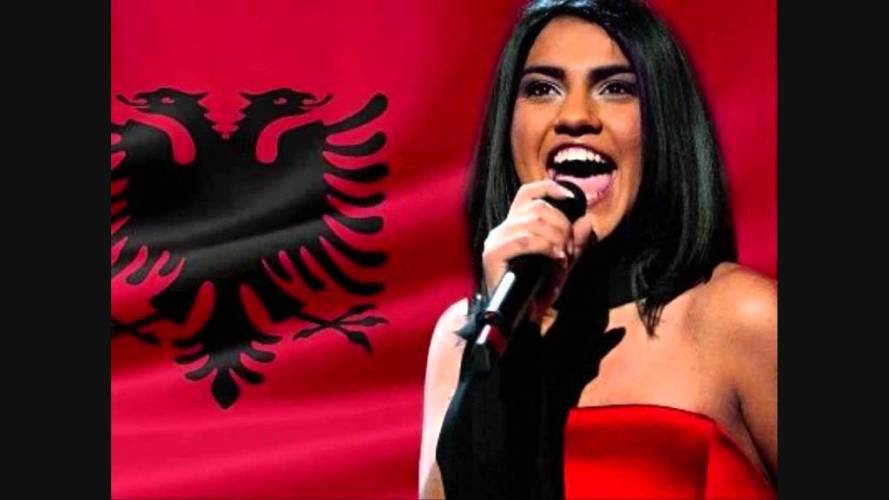 Now the song was the debut entry for Albania and what a way to join the contest. Anjeza was of Roma and Aromanian origin and was only 17 years old when she sang at Eurovision. The song was a synth pop song which had to be cut from the original Albanian version of 4 and a half minutes down to the English 3 minute version. She had with her on stage backing vocalists whom she had beaten at Festivali I Kenges to get to Eurovision. The song finished in 4th place in the Semi Final then 7th in the Final with 106 points.

Our next song that has to be considered one of the worst was in the year 2007 and we were in Helsinki to witness Frederik Ndoci singing ‘Hear My Plea’. 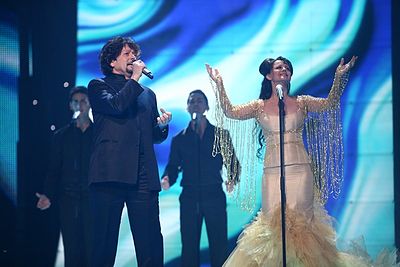 This was a dramatic ballad, with Ndoci pleading with an unnamed power to bring his love back to him. He uses increasingly dramatic imagery to underscore his feelings. It was sung with a mixture of Albanian and English. Now Frederick was an accomplished singer songwriter as well as a poet and actor. He had a varied and extended music career over many years. His song went on to finish in 17th place in the Semi Final with 49 points which to date is Albania’s worst result at Eurovision.

So onto our last song that was one of Albania’s best. It was in 2010 and Oslo was witness to seeing Juliana Pasha perform with the song ‘It’s All About You’.

Now starting with the song it was sung in English and was an uptempo electronica number. It had been translated to English from the original Albanian version which had won through Festivali I Kenges. Juliana had tried to get to Eurovision before narrowly missing out on two occasions. The song went on to finish 6th in the Semi Final then 16th in the Final with 62 points.

We now arrive at the last song for Albania and it’s another of the worst ones. In 2013 we saw Adrian Lulgjuraj & Bledar Sejko in Malmo with the song ‘Identitet’. 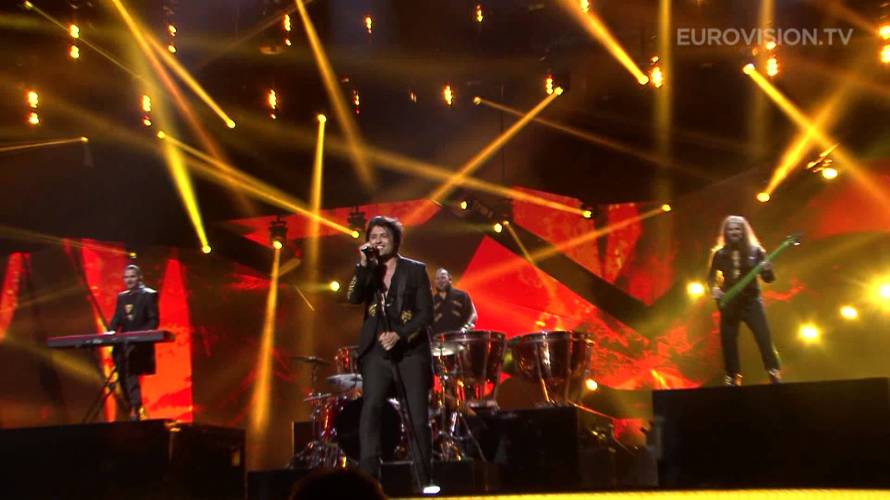 It was a song that was sung in Albanian. The piece is considered to be a powerful rock song filled with ethnic elements. It was composed by Bledar who also played guitar. Adrian is originally from Montenegro. Bledar had also appeared in Eurovision back in 2011 performing alongside Aurela Gace.  The song finished in 15th place with 31 points.

So there we have it folks, my little delve into Albanian Eurovision history and some of the best and worst moments over the years. Do you agree with all or even any of my choices? Feel free to comment below.