#BIRTHDAY: Hersi from Albania is 33 today

#BIRTHDAY: Hersi from Albania is 33 today Are you from a country that’s never won our favourite TV show? How do you feel? Do you think that [at least] one of your songs should have won, so we can see the delights of what your capital city has […]

#BIRTHDAY: Kalomira from Greece is 38 today

#BIRTHDAY: Kalomira from Greece is 38 today It’s an old adage that when you’re on that hallowed Eurovision stage, you really need something to push home the fact that you could be worthy of winning on that Saturday night – assuming you make it through a cut-throat semi-final. […]

#CZECHIA: Live blog of ESCZ2023 from 21.00 CET Czech broadcaster Česká televize launches its search for a song for Liverpool tonight, with the presentation of the five songs in the running. The results will be announced on Tuesday 7 February, giving the public plenty of time to vote […] 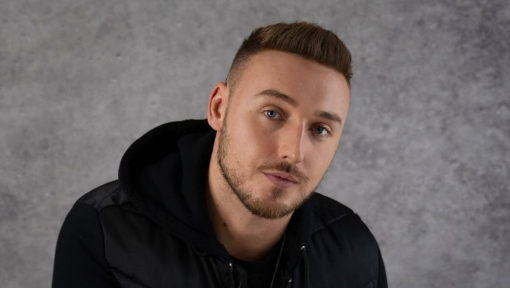 #IRELAND: Interview with Adgy Eurovision Ireland caught up with Adgy, who will be participating in Eurosong 2023 on Friday 3 February. He told us about musical influences, an ideal duet and, of course, his favourite cake. Author: John Stanton Source: Eurovision Ireland Picture credit: Adgy

#BIRTHDAY: John Lundvik from Sweden is 40 today Do you ever see a song in our favourite TV show and think it’s definitely definitely going to do well? You’re so sure you’ll put money on it winning? That particular song might be from, say, Sweden, so you’re on […]

#BIRTHDAY: Gary Lux from Austria is 64 today What was the best contest of all time? Yes, it was 1985. It’s been scientifically proven*. So any act that took part in that contest in Göteborg should be very proud of themselves. After all, when Lys Assia is the […]

#BIRTHDAY: Tina Karol from Ukraine is 38 today Who doesn’t love a good thigh-slapper of a song. It’s more than just plain old Schlager. A good old banger that will fill a dance floor, even if the lyric isn’t the most profound in the world. A thigh-slapper with […]

#BIRTHDAY: Barbara Dex from Belgium is 49 today You know sometimes when you look at song, and then realise it was in our favourite TV show nearly 30 years ago. It really makes you feel old. I was bumbling along nicely until I noticed today’s song and its […]

#NORWAY: Live blog of MGP SF2 from 19.50 CET Norway’s quest for another Eurovision win continues apace tonight, with NRK’s second semi-final of Melodi Grand Prix 2023. Seven songs will go in, and three will progress. Could Norway’s song for Liverpool come from tonight’s show? We’ll be blogging […]

#BIRTHDAY: Marian van de Wal from Andorra is 53 today We have some interesting matching of nations. Latvia and Burkina Faso. Ukraine and Congo-Brazzaville. And there’s today’s singer. Maybe not quite as exotic, but just as noteworthy. Today’s birthday girl Marian van de Wal is Dutch by birth, […]

#MALTA: Live blog of MESC QF2 from 21.00 CET Malta continues its selection process to find a song for Liverpool in May. Tonight is the second quarter-final (of three) to pick some songs to go forward. Join us as we dodge the adverts and describe the 13 songs […]

#IRELAND: Interview with Leila Jane Eurovision Ireland caught up with 2023 hopeful Leila Jane. She has made the Irish National final, taking place on 3 February 2023 on RTÉ1. She told us about multi-national songwriting, the person she’d like to duet with and, of course, her favourite cake. […]

#OBITUARY: Richard Oesterreicher from Austria Austrian conductor and jazz musician Richard Osterreicher has died aged 90. Between 1978 and 1991, he fulfilled the role of conductor a total of 12 times, making him one of the most recognised Eurovision personalities in that time. Outside of Eurovision appearances, he […]

#BIRTHDAY: Lena Philipsson from Sweden is 57 today Now we know a certain country with a blue and yellow flag has excelled in our favourite TV show. You may even think they could win this coming year. And no, I’m not talking about Palau. The truth is that […]