Some of you may recall that last year I published a best and worst at Eurovision article for every country that was taking part in Eurovision 2016 with the exception of Australia who were only competing for the second time. So this year I will publish one for Australia and Portugal who are returning. Also I will revisit each of the other countries to see if last years entry has entered the best or worst hall of fame. Now that the National Finals season is finished and all songs for Eurovision 2017 have been selected we now have 2 weeks where we wait for the rehearsals to begin in Kiev. What better way to fill the time than to look back over the 61 years of Eurovision at some of the best and worst entries that countries have sent to the Eurovision stage. There were 43 countries going to Kiev to take part in the 2017 edition of our favourite musical extravaganza,  until 22nd March when Ukraine authorities placed a ban on the Russian entrant Yulia Samoylova entering Ukraine. Then on April 13th it was announced that Russia had officially withdrawn from this year’s contest as announced in our article here.  So we continue our journey with Moldova who have never won the contest but have finished in the top ten twice with best position being 6th. They have finished last once in a Semi Final. This has been achieved in 12 participations. You can check out the previous articles from last year in the best and worst series for Ireland HERE ,Spain HERE, Austria HERE, Bosnia & Herzegovina HERE, Iceland HERE, Belarus HERE, Denmark HERE, Georgia HERE, Germany HERE, Cyprus HERE, Finland HERE, Belgium HERE, Hungary HERE, Switzerland HERE, Ukraine HERE , Moldova HERE, Estonia HERE, Norway HERE, Italy HERE, Slovenia HERE,The Netherlands HERE, Armenia HERE, Azerbaijan HERE, San Marino HERE, Israel HERE, Albania HERE, Poland HERE, Serbia HERE, France HERE, Romania HERE, Russia HERE, Croatia HERE, Czech Republic HERE, Malta HERE., Macedonia HERE, Lithuania HERE, Latvia HERE, Sweden HERE,  United Kingdom HERE, Greece HERE, Bulgaria HERE  and Montenegro HERE. Also the articles for this year for Belarus HERE., Germany HERE., Hungary HERE., Austria HERE., Cyprus HERE. , Denmark HERE. , The Netherlands HERE. , Finland HERE. ,Poland HERE. , Australia HERE. , Romania HERE. , Belgium HERE. , Slovenia HERE. , Croatia HERE. , Montenegro HERE. , Ireland HERE. , Malta HERE. , Macedonia HERE.,  Azerbaijan HERE. , Portugal HERE. , Czech Republic HERE. , France HERE. , Serbia HERE. , Georgia HERE. , United Kingdom HERE. , Sweden HERE. , Norway HERE. , Switzerland HERE. ,  Ukraine HERE. , San Marino HERE. and Israel HERE. 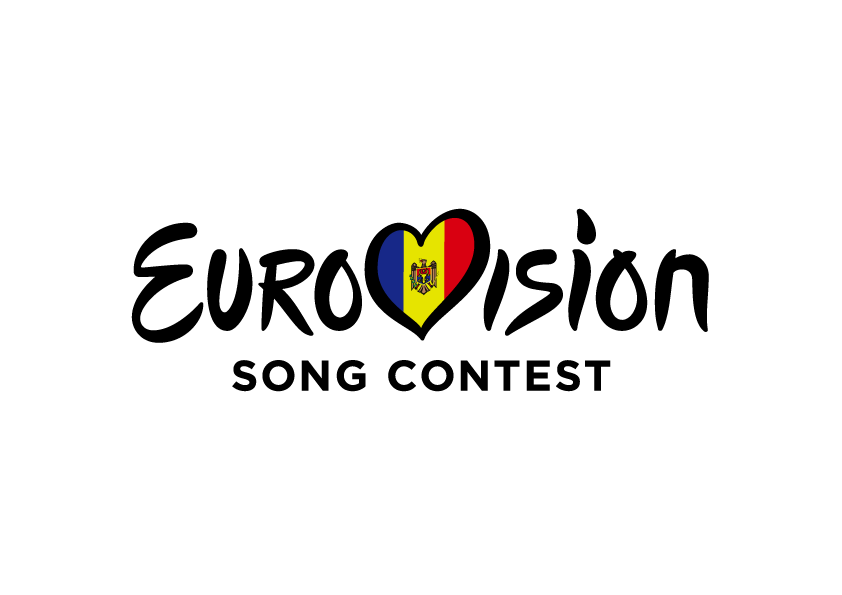 So this year Moldova are represented by Sunstroke Project with the song ‘Hey, Mamma!’. We will have to wait and see if it turns  out to be more of a best or  worst song for Moldova but the overall reaction is fairly good so far. You can catch up on our recent article announcing the winner in Moldova here.

So last year Moldova were represented by Lidia Isac with the song ‘Falling Stars’.  So how did Lidia do in Stockholm? Well she came 17th in the Semi Final and therefore failed to qualify for the Final. This was the third year running that Moldova had failed to get to the Final and also was the worst position ever in a Semi Final. Therefore I am able to welcome her into the hall of fame as one of the worst entries for Moldova.

So my selections for best and worst entries are based on a combination of actual results and personal taste. Now Moldova have only twelve entries to choose from making the task a lot easier. In fact there will be 6 of those that I will select here but which category will they be?

We do not have to go too far back in time find our first song that is one of the best for Moldova. The year was 2005 and we were in Kiev to see the debut entry performed by Zdob și Zdub singing the song ‘Bunica Bate Toba’.

Now as I have said this was the debut entry for Moldova and what a way to start, it was a cracker of a song. Now Zdob și Zdub are a group that combine elements of folk hardcore punk and hip hop into their music. The song certainly showed parts of all of these genre’s and the performance was noteworthy because of the appearance of the Grandmother beating the drum after been sitting in her rocking chair for most of the performance. It finished in an amazing 2nd place in the Semi Final then went on to finish 6th in the Final with 148 points.

Moving along we look at one of the worst entries for Moldova. We were in Belgrade in 2008 to see Geta Burlacu perform the song ‘A Century of Love’.

Now Geta Burlacu is a jazz singer and her song certainly had some jazz elements to it. Now she sat on a sofa during the performance on stage clutching a teddy bear. There was nothing really wrong with the song but it was one of my least favourites of all the Moldovan entries. It failed to qualify for the Final finishing in 12th place with 36 points.

So now we move back to look at another best of entry for Moldova. We were in Baku in 2012 and the performer was Pasha Parfeny with the song ‘Lăutar ‘.

Now Pasha sang his song in English despite its title and it was certainly a rousing performance. This was his fourth time of trying to get to Eurovision having missed out on 3 previous years in the Moldovan selection. He used to be the lead singer in the band Sunstroke Project who in fact beat him to Eurovision in 2010. One of his backing vocals was Aliona Moon who went onto Eurovision the following year. The song  placed 5th in the Semi Final then 11th in the Final with 81 points.

Our next song that has to be considered one of the worst for Moldova was in 2014 and we were in Copenhagen to the performance of Cristina Scarlat singing ‘Wild Soul’.

There is no doubt that this was a lively and dramatic performance. She had four male dancers and the staging with the backdrop gave a dark dramatic feel but it clearly did not impress the voters as it came last in the Semi Final(16th) with only 13 points which is Moldova’s  second worst finish to date.

So onto our last song that was one of Moldova’s best. It was in 2007 and Helsinki was witness to the performance of Natalia Barbu with the song ‘Fight’.

Now starting with the song it was a metal based number. The melody line is provided by a violin which Natalia plays herself in the backing track. Barbu wore a bodysuit as well as pants during the performance which gave the appearance of sitting very low on her hips. Now Natalia nearly didn’t make it to Eurovision as Moldova was seriously considering withdrawing due to the poor result in the previous year but public pressure persuaded them otherwise. They finished in 10th place in the Semi Final and again in the Final with 109 points and is to date the 2nd best Moldovan result.

We now arrive at the last song for Moldova and it’s another of the worst. In 2006 we saw  Arsenium feat. Natalia Gordienko and Connect-R represent their  country in Athens with the song ‘Loca’.

Now this was quite a collaboration for the entry that year. Arsenie Todiraș(Arsenium) is a Moldovan pop singer who was joined by Natalia a dancer and singer of Ukranian decent but born in Moldova and also Connect-R who is a Romanian hip hop artist. This is a hip hop style of song mostly in English but with parts in Spanish. The performance on the night featured Natalia initially wearing a tight top and a short skirt. Mid-way through the song, she went behind a screen and removed the skirt to reveal hotpants. Later, the top was also removed to reveal a bikini top. A final costume change saw her emerge at the end of the song wearing a dress. The song had already qualified for the Final due to the good result the previous year but only managed 20th place with 22 points.

So there we have it folks, my little delve into Moldovan Eurovision history and some of the best and worst moments over the years. Do you agree with all or even any of my choices? Feel free to comment below.