#MONTENEGRO : REVISITED THE BEST AND WORST AT EUROVISION

Some of you may recall that last year I published a best and worst at Eurovision article for every country that was taking part in Eurovision 2016 with the exception of Australia who were only competing for the second time. So this year I will publish one for Australia and Portugal who are returning. Also I will revisit each of the other countries to see if last years entry has entered the best or worst hall of fame. Now that the National Finals season is finished and all songs for Eurovision 2017 have been selected we now have 5 weeks where we wait for the rehearsals to begin in Kiev. What better way to fill the time than to look back over the 61 years of Eurovision at some of the best and worst entries that countries have sent to the Eurovision stage. There were 43 countries going to Kiev to take part in the 2017 edition of our favourite musical extravaganza,  until 22nd March when Ukraine authorities placed a ban on the Russian entrant Yulia Samoylova entering Ukraine. So it looks most likely that Russia will not take part and you can see our article announcing the news here.  So we continue our journey with Montenegro who have never won the contest or finished in the Top 10.  They have qualified for the Final twice with their best finish being 13th. Their worst finish has been 22nd in the Semi Final. This has all been achieved in 8 participations. You can check out the previous articles from last year in the best and worst series for Ireland HERE ,Spain HERE, Austria HERE, Bosnia & Herzegovina HERE, Iceland HERE, Belarus HERE, Denmark HERE, Georgia HERE, Germany HERE, Cyprus HERE, Finland HERE, Belgium HERE, Hungary HERE, Switzerland HERE, Ukraine HERE, Moldova HERE, Estonia HERE, Norway HERE, Italy HERE, Slovenia HERE, The Netherlands HERE, Armenia HERE, Azerbaijan HERE, San Marino HERE, Israel HERE, Albania HERE, Poland HERE, Serbia HERE, France HERE, Romania HERE, Russia HERE, Croatia HERE, Czech Republic HERE, Malta HERE., Macedonia HERE, Lithuania HERE, Latvia HERE, Sweden HERE,  United Kingdom HERE, Greece HERE, Bulgaria HERE  and Montenegro HERE. Also the articles for this year for Belarus HERE., Germany HERE., Hungary HERE., Austria HERE., Cyprus HERE. , Denmark HERE. , The Netherlands HERE. , Finland HERE. ,Poland HERE. , Australia HERE. , Romania HERE. , Belgium HERE. , Slovenia HERE. and Croatia HERE. 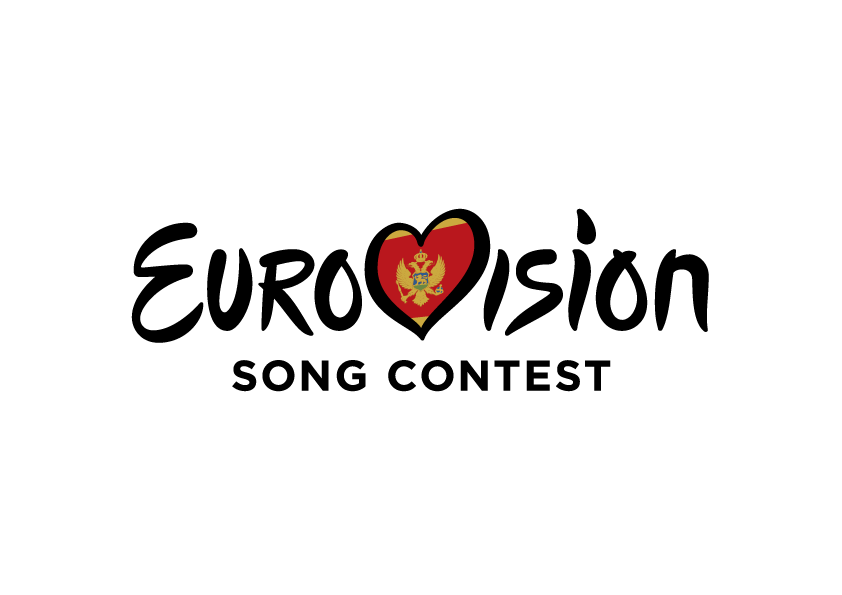 So this year the Montenegro are represented by Slavko Kalezić with the song ‘Space ‘. We will have to wait and see if it turns  out to be more of a best or  worst song for Montenegro but the overall reaction is fairly mixed so far.  You can catch up on our recent article revealing the video here.

So last year Montenegro were represented by Highway with the song ‘The Real Thing’.  So how did Highway do in Stockholm? Well they failed to qualify for the Final after coming 13th in their Semi Final. So clearly not one of the best or in fact worst entries for Montenegro so I  am unable to welcome them into the hall of fame.

So my selections for best and worst entries are based on a combination of actual results and personal taste. Now Montenegro have eight entries to choose from making the task very easy. But not so fast, there are some  great songs from Montenegro that have deserved better results over the years so I will mention all eight entries and only a small amount are bad ones.

We  have to go back to last year to find our first song that is one of the best for Montenegro. The year was 2015 and we were in Vienna to see Knez  singing the song ‘Adio’.

Now this a great song sung entirely in Montenegrin. it was written by Željko Joksimović our well known composer, singer and host from Serbia. Knez is a popular singer throughout the Balkans who started his career in the early 90s. He went on to finish 9th in the Semi Final and then 13th in the Final with 44 points which is Montenegro’s best result to date.

So moving along we look at one of the worst entries for Montenegro. We were in Helsinki in 2007 to see Stevan Faddy perform the song ”Ajde, kroči ‘. 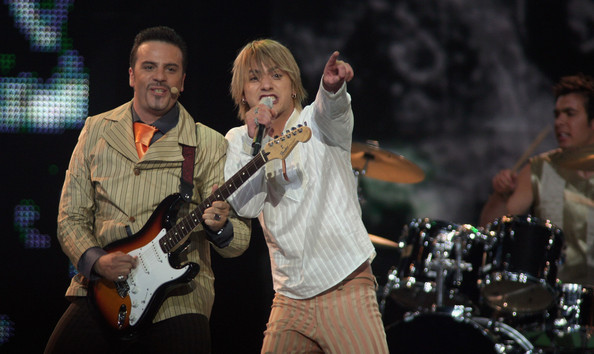 The song was the debut entry for Montenegro since they split from Serbia and was sung in Montenegrin. It was written by some Eurovision veterans Slaven Knezović, composer of No Name’s “Zauvijek moja” and the lyrics are written by Milan Perić who also wrote lyrics for all previous songs that represented Yugoslavia in the Eurovision Song Contest(“Džuli” in 1983; “Ciao, amore” in 1984); as well as the Serbia and Montenegro entries (“Zauvijek moja” in 2005). Stevan is a Montenegrin singer who claims to have a Scottish ancestry. He competed twice before to try to go to Eurovision in 2005 and 2006. The song ended up with 33 points in 22nd place in the Semi Final which is still the worst result to date for Montenegro.

So now we move back to look at another best of entry for Montenegro . We were in Copenhagen in 2014 and the performer was Sergej Ćetković with the song ‘Moj svijet’.

Our next song that has to be considered one of the worst was in the year 2008 and we were in Belgrade to witness  Stefan Filipović singing ‘Zauvijek volim te’.

This was a song that is a love song written in a pop-rock style. The song was composed by a team of authors from Macedonia: Grigor Koprov (music), Ognen Nedelkovski (lyrics) and Vladimir Dojčinovski (arrangement) – the same team that created Karolina’s song “Mojot svet”; the Macedonian entry at the Eurovision Song Contest 2007. Also Stefan had two of the four backing singers who had sang backing vocals for the Croatian song in 2003 and Slovenian song in 2007. Stefan is a pop singer from Montenegro. The song came 14th in the Semi Final with 23 points and therefore failed to qualify for the Final.

So onto our next song that was one of Montenegro’s best. It was in 2013 and Malmo was witness to seeing Who See & Nina Žižić perform with the song ‘Igranka’. 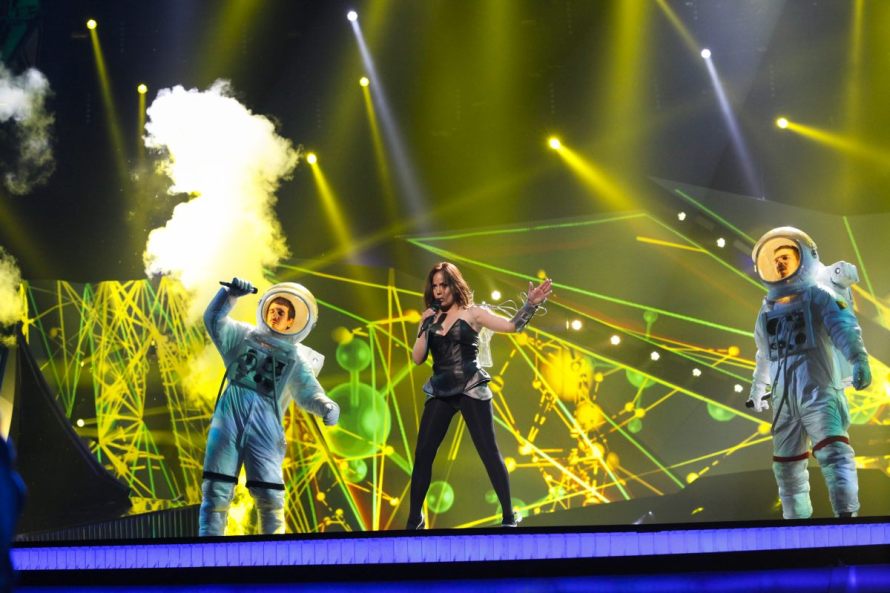 Now starting with the song it was a hip hop number sung in Montenegrin. Who See were accompanied on stage with Nina who is a pop singer. The song was notable for the guys wearing space suits and also did very well with many televoters. The juries though did not love it so as a consequence it came 12th in the Semi Final with 41 points.

We now arrive at another song for Montenegro and it’s another of the worst ones. In 2012 we saw Rambo Amadeus in Baku with the song ‘Euro Neuro’.

It was a song that was written entirely by Rambo in English with an additional few lines in German. We also had a wooden horse on stage with them for the performance. Ranbo is a Montenegrin-born Serbian singer-songwriter. A self-titled “musician, poet, and media manipulator”, he is a popular phenomenon on the music scenes of the former Yugoslavia. His songs combine satirical lyrics on human nature and silliness of local politics with a mixture of musical styles including jazz, rock, hip-hop and lately drum and bass. The song managed to gain 15th place in the Semi Final with 20 points.

So I have mentioned 3 best of songs above but also have to mention the song that was the entry in 2009 as also being good too. Andrea Demirovic was in Moscow to sing the song ‘Just Get Out Of My Life’.

It was a song that was performed in English and written by the Eurovision song writing gurus Ralph Siegel and Bernd Meinunger. Andrea was the first female singer to represent Montenegro. It managed to come 11th in the Semi Final which is the closest they had come to the Final at that point. It ended up with 44 points.

So there we have it folks, my little delve into Montenegran Eurovision history and some of the best and worst moments over the years. Do you agree with all or even any of my choices? Feel free to comment below.