Swedish House Mafia, Gangnam Style and Crack might not be the words that you would describe an entry in Melodifestivalen 2013 – or any other year for that matter but that is exactly what the Army Of Lovers have promised us with their entry this year in Semi […]

Animated flag of Cyprus. (Photo credit: Wikipedia) CYPRUS “La La La La La La La Lack Of Funds” – With Cyprus putting on a wonderful show in Baku this year it would be a shame if the Island Country was forced to pull out due to lack of funding. […]

Italian braodcaster RAI have in the past 2 years used the prestigous San Remo Son Contest to select their entrant for Eurovision – not nesessilarly the winning song in the contest itself – but the song and atrist that they felt would best suit Eurovision. So far they […]

Belgian broadcaster RTBF have announced that Roberto Bellarosa will be tasked of bringing the Grand Prix back to Belgium after a 26 year wait since they last staged the Eurovision in 1987. So who is Roberto? As his name suggests – Roberto is of Italian origin and was […]

1974 saw Abba won with “Waterloo” but today it is all about their other hit “Money Money Money“. Yes Santa is comingearly this year so you better get your “Money Money Money” ready to buy your Eurovision tickets as they go on sale from Monday November 26th. Yes you will have to raid […] 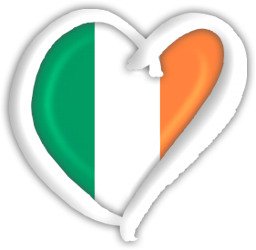 Yes it is going to be a Lucky Year for our site as EurovisionIreland.net has been asked to be the official Irish Eurovision site for Ireland at the 2013 running of the Eurovision Song Contest that will take place in Malmo in Sweden next year in May! So […]

As you know – EurovisionIreland.net is working in co-operation with our friends at Radio International. Recently JP, Lillian and Roger had the pleasure of interviewing one of the favourites of this years contest Loreen from Sweden. They get to talk about her performance, the choreography and costume designer. […]