A BBC insider has said

“that no formal proposal has been made to Ruth Lorenzo”

We further asked the BBC if an artist has already been selected to represent the United Kingdom at Eurovision 2014?

A BBC spokesperson said, “The BBC is very passionate about our involvement in the Eurovision Song Contest and we are collaborating with creative experts across the UK music industry to select this year’s entry. As yet a decision has not been made about our plans for Eurovision 2014 but we will make an announcement in due course.” 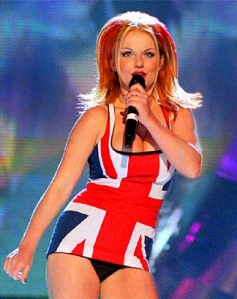 Claims had been made in the media that Geri Halliwell had already been signed up to sing for the United Kingdom at Eurovision 2014 – this is not the case as the BBC have not made a decision as of yet. Halliwell could still be in the running for all we know but we can confirm that no artist has been signed up as of yet and that Ruth Lorenzo has not been asked to represent the United Kingdom this year in Copenhagen.

There is no date when we can expect a decision to be made by the BBC on their internal selection for Eurovision.

Who do you think the BBC should and will select for Eurovision 2014?