#BIRTHDAY: Andy Abraham from the UK is 57 today

#BIRTHDAY: Andy Abraham from the UK is 57 today The United Kingdom is having a torrid time of things in the 21st Century. The once dominant nation, with 22 Top Three finishes in 42 appearances in the 20th Century, has managed one Top Three finish since 2000. Maybe […]

#BIRTHDAY: Bonnie Tyler from the UK is 70 today

#BIRTHDAY: Bonnie Tyler from the UK is 70 today It’s only right that our favourite TV show can demonstrate a mix of the established performer and the youngster setting out to prove themselves in the cut-throat world of entertainment. There is no right formula, as it’s down to […]

#ESC2021: Eurovision Ireland reviews… The Grand Finalists We’ve seen all the Big Five and hosts the Netherlands rehearse for the first time. Lots can still change, but can one of this six countries pull off a victory on 22 May? Click on the video below and see what […]

#BIRTHDAY: Scott Fitzgerald from the UK is 73 today

#BIRTHDAY: Scott Fitzgerald from the UK is 73 today Do you like a close contest? That show where more than one country can win, even going down to the last vote. It’s less likely these days, with bigger scores and more countries. The close contest did happen several […]

#BIRTHDAY: James Fox from the UK is 45 today

#BIRTHDAY: James Fox from the UK is 45 today If you’re a singer, it sometimes helps if you have a second string to your bow. Some who have taken part in Eurovision have dabbled in politics, but staying in entertainment is probably a better option. In 2004, today’s […] 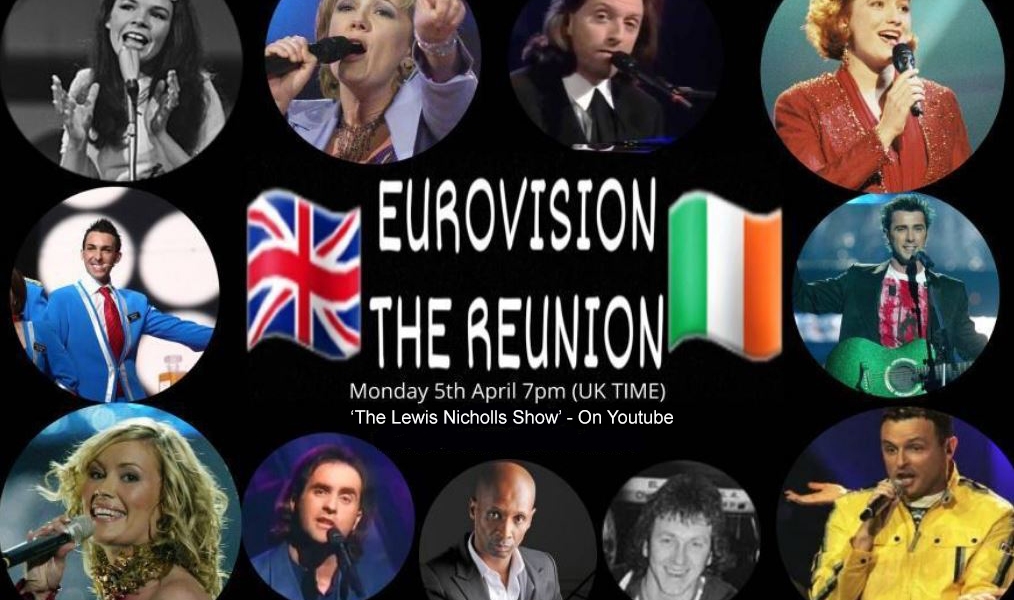 Eurovision Ireland is excited to announce the UK and Ireland EUROVISION REUNION on ‘The Lewis Nicholls Show’, this Monday – April the 5th. The celebrity interviewer and host of show has reunited for you 11 Eurovision stars to share their experience, behind the scenes moments, personal moments and […]

Drag race superstar, Bimini Bon Boulash, runner up on the RuPaul’s Drag Race UK season 2, has appeared in an instagram post saying ‘This Ember is on Fire!’ The picture appears to be taken from the rehearsal for the Eurovision performance and the fans are loving it saying […]

#BIRTHDAY: Lucie Jones from the UK is 30 today

#BIRTHDAY: Lucie Jones from the UK is 30 today What do you think of the Big Five? Should they get an automatic place in the final, or should they have to go through the semi-finals like the rest of us? It’s true that the Big Five do have […]

#BIRTHDAY: Mike Moran from the UK is 73 today

#BIRTHDAY: Mike Moran from the UK is 73 today Do you like the old duet? You know the type, where the two protagonists really get on with each other, and display real chemistry. That’s as opposed to the two that stand toe-to-toe and just shout at each other. […]