Exclusive : Russia denies that Eurovision 2015 decision is made 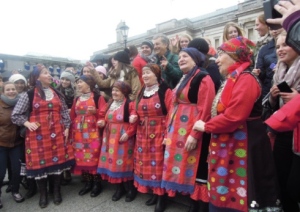 Several websites have reported that Russia has confirmed their participation at Eurovision 2015. Furthermore it was said that ‘The Voice’ of Russia would be used to select their entrant for Eurovision 2015. This was the case in 2013 when Dina Garipova was selected to represent Russia in Malmo.

Mr Aksyuta said that no discussions have taken place on Russia’s participation at present and that there is no specific time frame for any announcement to be made.

So it is a case of wait and see for more details.

Russia were represented by former Junior Eurovision Winners the Tolmachevy Sisters at Eurovision this year with the song ‘Shine’ that placed 7th in the Grand Final.