EDITORIAL : Crimea, May We Have Your Votes Please 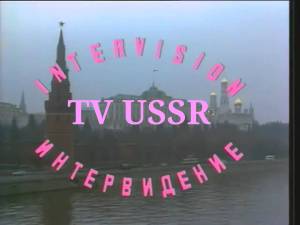 Crimea, may be have your votes please?

Last year Swedish TV developed the Eurovision slogan for the contest in Malmo, “We Are One” which aimed to portray Europe as a united entity, emphasising diversity and multiculturalism. Except Europe really isn’t one; Europe is a fractured construct, economically, politically and socially. The fallout from Conchita Wurst’s selection as Austrian representative and subsequent victory in 2014 demonstrates this.

Ahead of the 2014 contest there were reports that groups in Belarus and Russia had called for their respective national broadcasters to boycott the 2014 Eurovision Song Contest since it had become, according to one of the protest group organisers, a “hotbed of sodomy”. After Austria’s “Rise like a Phoenix” was declared the winner, many Russian men took to social media to shave off their beards in protest at the result whilst Valery Rashkin, deputy leader of the Communist Party called for Russia to withdraw from Eurovision and arrange its own song contest. Whilst this might seem like a kneejerk reaction to a result they disagreed with, when the wider political context is taken into account, such reactions do not seem quite as innocuous. 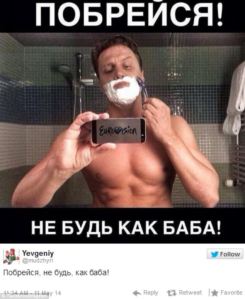 Developments in Russia over the past decade or so have been troubling for many observers and Russia’s image has taken somewhat of a battering in the western media. The deaths of critics of the Kremlin government such as Anna Politkovskaya and Alexander Litvenenko, the on-going unrest in Chechnya, the 2008 war with Georgia, allegations of opposition being suppressed, the annexation of Crimea and of course the so-called anti-gay laws, have all helped to cultivate an image of Russia as aggressive, expansionist and intolerant. It is perhaps therefore not surprising that the victory of a bearded drag queen didn’t go down too well with many. Earlier this month it was announced that there was truth in the rumours and there are indeed plans to revive the eastern equivalent version of Eurovision, Intervision, under the name of The Voice of Eurasia.

In my work I have argued that Eurovision has regularly reflected political developments in Europe and this is true for Intervision too. With the establishment of Intervision in 1977, the divide between the capitalist West and communist East became more apparent. Staged in Sopot, Poland, with a majority communist participation list, it can be seen as an attempt to emulate the Eurovision Song Contest. Interestingly, Finland participated in this event as well as in the Eurovision Song Contest; the country’s peripheral geopolitical position was therefore re-inscribed, reflecting a dual-vector approach towards both East and West. The establishment of The Voice of Eurasia is basically a re-launch of the old Intervision format. However, it is also a manifestation of domestic politics within Russia, a hark back to the good old days of the Soviet Union, the collapse of which Putin famously declared was one of the greatest geopolitical catastrophes of the 20th century. This might be how some Russians see it, many in the successor republics however, do not.

Russia isn’t the only country to start its own song contest. In a previous article for ESC Insight, I argued that the founding of the Türkvizyon Song Contest represented Turkey moving away from Europe and indeed Eurovision, a reflection of the wider political climate in the country. Curiously, Russia has confirmed its entry in the 2015 Eurovision Song Contest. It seems that the Russians want to have it both ways, so to speak. During Soviet times, the USSR used the Olympic Games as an opportunity to demonstrate national prowess through sport. I argue that Russia (and other countries) uses participation and hosting of the Eurovision Song Contest in the same way. The founding of The Voice of Eurasia represents a resurgent Russia, keen to assert itself on the world stage and within the sphere of popular culture and perhaps more crucially, seemingly indifferent to what the rest of the world thinks.

The 2014 contest was highly politicised even without Conchita Wurst. Russia and Ukraine were of course one of the main focal points of the contest, which stands as evidence yet again that Eurovision illuminates wider geopolitical debates in Europe today. Ahead of the final in Copenhagen there was speculation as to whether the Russian performance would be booed, or if Ukraine would vote for Russia, some attending the contest even suggested that Russia might not reach the final for the first time since the current system was introduced. Whilst the performance of the Tolmachevy Sisters was applauded in the main, the announcement that Russia had reached the final was greeted with widespread booing from the audience. Arguably this reaction had less to do with Ukraine and was more of a protest against the so-called anti-gay laws from the Eurovision audience, which predominantly consists of gay men.

The results of Eurovision this year showed that people cannot be judged by the actions of their governments; the public in Russia, Ukraine and Georgia all voted for Austria despite their alleged homophobic tendencies. The demographic data of that public vote has never been collected, it could well be that certain groups voted en mass for Austria, and then again, they might not have. Tellingly the juries tended to take a more conservative view. Conchita’s victory was lauded as hugely significant by many, including myself, who saw it as a triumph of freedom of expression. Conchita is a drag queen with a beard, nothing more, nothing less. Possibly part of the issue for some was the fact that without the beard, they might not have known that Conchita was a man which effectively made them feel uncomfortable. 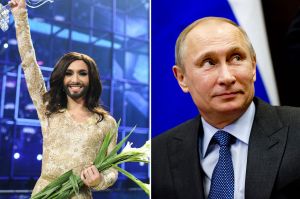 In these troubled times, when countries around the world and indeed Europe are enforcing draconian laws against homosexuality and flouting international legislation concerning human rights, Conchita’s victory is significant. I understand that some might not feel comfortable using a bearded drag queen as such a symbol, that’s their prerogative. Conchita effectively holds a mirror up to society, reflecting our own judgements about appearance and tolerance back at ourselves. Whilst Conchita’s emotionally charged victory speech might be written off as a bit of excitement, I think what she said was hugely significant given all that’s happening in Europe just now. It wasn’t just aimed at the LGBT community, it applies to any group and as the recent European elections have shown, there is growing support for those who wish to marginalise others.

These are interesting times for the Eurovision Song Contest and indeed Europe. There is an argument that sporting or pop culture events are not political and should not be politicised. However the two are not mutually exclusive, politics comes into Eurovision whether the European Broadcasting Union care to admit that or not. It seems that the East/West divide which the expansion of the Eurovision Song Contest sought to break down, is very much alive. Some countries have recently withdrawn from the ESC citing financial reasons, whilst others have stated that it’s due to a lack of interest. The formation of alternative song contests in Turkey and Russia has not only re-inscribed this crude East/West division, it has also demonstrated that it is no longer the West which is calling all the shots. Yes, the Big 5 still hold the cards (and the cash) but we are now seeing a new-found confidence in post-socialist countries, which are questioning whether they need Eurovision any more. It seems that when it comes to the West, we are having the same debates about Eurovision, suggesting that perhaps we are not all that different after all.

“This night is dedicated to everyone who believes in a future of peace and freedom. You know who you are. We are unity. And we are unstoppable” – Conchita Wurst

We were privileged to have to have Dr Paul Jordan aka Dr. Eurovision write the above article for us here at Eurovision Ireland. We highly recommend you to check out much more of Dr. Jordan’s work on his Official Website and on his Official Twitter. Dr Paul Jordan is the author of the book, “The Modern Fairy Tale: Nation Branding, National Identity and the Eurovision Song Contest in Estonia” SEE HERE.

Many Thanks to Dr. Paul Jordan / Dr. Eurovision for his analysis on Europe, Eurovision and Intervision.