Tonight’s the night! Latvia choose their entrant for the Eurovision Song Contest 2020! Who will win Supernova tonight and get to fly the Latvian flag in Rotterdam? You don’t have long to let us know – so hurry up and vote! Also be sure to take a look […]

Labs vakars Eiropa un labs rīts Austrālija! Tonight is Supernova 2020, which means Latvia choose their song for this year’s Eurovision Song Contest! Sit back and relax, and let Eurovision Ireland’s own James Scanlan entertain and inform you. As always, let me what you’re thinking and give your […]

#Latvia : Nine Acts through to the Supernova Final: #Open up

Today Latvia’s television broadcaster has confirmed the 9 acts that will progress through to the Supernova national selection final , to be held on Saturday 8th February . The winner will have the honour of representing Latvia in Rotterdam in May . The chosen competing acts are: Samanta […] 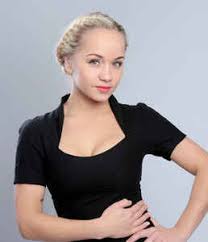 #BIRTHDAY: Aisha from Latvia is 36 today

BIRTHDAY: Aisha from Latvia is 36 today Do you ever go to the contest? If so, are there countries you wouldn’t visit because they’re too expensive, too distant or just too loony? Are you would you be happy with anywhere? Our friends in Norway have a very high […]

BIRTHDAY: Laura Rizzotto from Latvia is 25 today Each country enters our favourite TV show with high hopes. After all, their host broadcaster and national public have put their faith in the lucky performer, so they’ve got some backing already. However, you, as the performer, may see what […]