#BIRTHDAY: Marion Rung from Finland is 77 today It was a big day yesterday if you were Finnish. It was Independence Day, where the great and the good get hosted at massive expense (it is Finland, don’t forget) by President Niinistö. It must be a good gig to […]

#BIRTHDAY: Kari from Finland is 62 today

#BIRTHDAY: Kari from Finland is 62 today The free language rule. It’s part and parcel of the typical Eurovision experience. But in the 1980s it was a different story. Countries could only sing in languages of their own country. It perhaps gave an advantage to those more commonly-spoke […]

#HALLOWE’EN: Eurovision goes bump in the night Hallowe’en and Eurovision. Does it scare you? Do you tremble on 31 October when you get a sinister knock at your door? Are you relieved when you find out it’s only the local kids going trick-or-treating? Or do you leave the […]

#BIRTHDAY: Paradise Oskar from Finland is 32 today It’s fair to assume that if you win a Eurovision semi-final, the chances are that you will do very well in the Grand Final. You could even win. So it’s always a thing when a high flier in the semi-final […]

#BIRTHDAY: Jari Sillanpää from Finland is 57 today It’s opening song time again. And not just any old opening song. Oh no. This was has a special place in Eurovision history. It was the first song in the first semi-final in the host country. Yes, there have been […]

#OBITUARY: Vesa-Matti Loiri from Finland Finnish actor, comedian and musician Vesa-Matti Loiri has passed away aged 77. In Eurovision circles, he was most famous for performing in the 25th Eurovision Song Contest in The Hague with the song Huilumies. Vesa-Matti, sometimes known as just Matti, was born in […]

#BIRTHDAY: Darude from Finland is 47 today

#BIRTHDAY: Darude from Finland is 47 today Can you spot a winner from a first listen? Yes? Well, could you spot a candidate for last place at first listen too? It can be tough at the top, but equally tough at the bottom. Imagine the scene. A certain […]

#BIRTHDAY: Monica Aspelund from Finland is 76 today Those Finns have been unlucky over the years. Yes, they’ve had one win, but very few other finishes in the top 10. How many songs that maybe should have done better, ended up a long way down? Back in 1977, […]

#BIRTHDAY: Laura Voutilainen from Finland is 47 today Finland. The the country famed for lakes, rally drivers and beautifully unfathomable words. And a Eurovision tradition going back over 60 years. One win to show for it, even though they may have warranted much more. In 2002, today’s birthday […]

Buona sera Europa! Buon giorno Australia! This is Turin calling for the Jury Final of Eurovision 2022! 25 acts will compete tonight in order to impress the National Juries from each country and score as many points to win the Eurovision 2022 trophy! Eurovision Ireland’s own veteran Bogdan […] 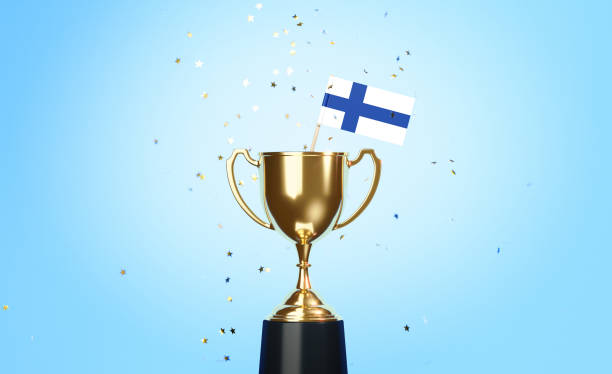 #FINLAND– And the winner is…

After an incredible night in Turku, the votes have been all been counted and Finland has made its choice. UMK 2022 has a winner – but who was it? Finland’s entrant into the Eurovision Song Contest 2022 in Turin, Italy this May and winner of Uuden Musiikin Kilpailu 2022 […]