#BIRTHDAY: Ieva Zasimauskaitė from Lithuania is 28 today Do you feel for some countries. They try and try and try, and get absolutely nowhere. Of course, any country can win, but for some there is that reputation they can find very hard to shake off. In 2018, our […]

Tonight, the First Semi Final of the 2021 Eurovision Song Contest will be taking place, live from Rotterdam. Eurovision Ireland are aware that you will want to discuss your potential qualifiers and all the performances across Social Media, so here are the hashtags you will need: Lithuania – […]

With only a matter of days to go before the First Semi Final, we thought we’d have a look back at the second rehearsals of the participating countries. Would you like a reminder of what we thought? Have a look back at our #LiveBlogs from their first and […]

#ESC2021: Eurovision Ireland scores… Day Five The Eurovision Ireland team today saw a massive fifteen countries rehearse. We gave what we saw our considered opinion, and awarded our favourites of the day the usual scores of 12 down to one. This means a top score of 60. What […]

#ESC2021: Eurovision Ireland scores – Day One Eurovision Ireland has looked in depth at today’s rehearsals. We can’t comment on Australia as we didn’t see their stage show. How did we score the other six acts? We gave three, two and one point to our favourite three. Do […]

#ESC 2021: Day One Rehearsals Blog from 10.00 CET After the best part of two years, we finally get a proper rehearsal of performances for a Eurovision Song Contest. Yes, at 09.00 BST/10.00 CET we kick off with the first songs from the First Semi-Final. REMEMBER: This year […]

#ESC2021: Eurovision Ireland reviews… Part V: Eastern Europe We’re getting closer to the contest in Rotterdam. Are you excited? We at Eurovision Ireland most definitely are. As a way to keep us occupied, we’re reviewing the 39 songs over seven panel reviews. This is our fifth review, which […]

#BIRTHDAY: Linas Adomaitis from Lithuania is 45 today Who’s your favourite duo? Is it one that won? Is it one that had two performers yelling at each other whilst stood close together? Or is it one of those duos that tried their best, but failed to make the […]

Over the course of April and May, on the lead up to the 2021 Eurovision Song Contest, we will be celebrating the countries that are participating this year in Rotterdam. Today, we celebrate Lithuania. Lithuania debuted at the Contest in 1994, in Dublin, Ireland. Ovidijus Vyšniauskas finished in […] 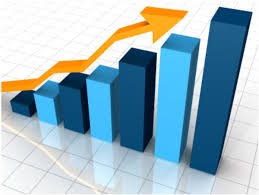