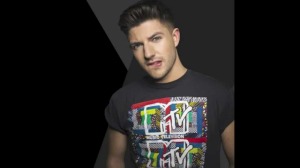 UK Eurovision Representative 2010 – Josh Dubovie is back looking and sounding better but now as Josh James. Picture of YouTube

Josh Dubovie is back but now known as “Josh James”. Yes the UK entrant at Eurovision 2010 has decided to drop his last name and just go by Josh James.

He has come back with self-written songs that are more of the style that is really him. His song back at Eurovision 2010 was co-written by 80’s music moguls Pete Waterman and Mike Stock who were part of SAW , They were the men who made Kylie, Jason Donovan, Sonja, Mel and Kim, Sinitta and Dead or Alive (to name a few) house hold names with their unique style of music production.

Josh was given the song “That Sounds Good To Me” – that was straight from the pages of the SAW music books – circa 1988 and coupled with some questionable staging at Eurovision in Oslo – look dated when compared to the competition. Josh was certainly let down by the BBC’s choice of song that year as he is a strong male British singer and Josh took the flack for the UK’s poor performance that year – though undeservedly so.

It is hard to keep a good man down – Lord knows we have tried – but Josh is back and has written his own new material. It is highly personable and has a great RnB and Dub Step feel to it. The lyrics certainly points to his experiences with Eurovision in the aptly named song “Game Over”. They read

“Funny how I waited so long before I made my move,

It’s funny how I thought I had nothing to prove,

Should have known that this was coming I could have skipped all this denial,

I’ll admit I lost my focus for a while”

The song then turns highly positive where Josh takes charge of his future. This is certainly chart worthy and really shows that there is certainly life after Eurovision. Josh is constantly touring sharing his new music and what GREAT music it is. This is very radio friendly and Josh shows what a strong singer and writer that he is. Might we also say that we are liking the new improved image – “looking mighty fine” as we would say here in Dublin.

We certainly want to see “Game Over” in the charts! Kudos to you Josh – Mr Josh James