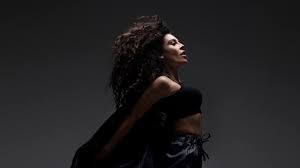 Greece will finally release the official video of its song ‘Oneiro mou’ for the 2018 Eurovision Song Contest. We’ve already seen the lyric video, but here we are with the one you’ll be watching as nauseum (along with 42 others) between now and May.

And our two hosts (above) did their best with lots of previous Eurovision song. What a pair of troopers.

As you can imagine, we won’t get the reveal straight away. There’s a lot of chat with Gianna and the writers first.

We’ve seen plenty of Greek fans, and their first impressions of the song – with the lyric video obviously.

We’re pretty sure the video will be on soon…

But first, more chat from Gianna. And then words of encouragement from Kati Garbi (GR 93) and Kostas Bigalis (GR 94). I think they will have spoken to every previous Greek representative by the time we see the video. Some of them have aged better than others.

And here we are. The video. Gianna is in white and the general vibe has a slightly biblical air about it. But there’s a guy running around who’s clearly not biblical. He’s running, running, running. When we cut back to the studio we find it’s very well received.

And here it is!

And what better way to finish the show than with a choir singing Te Deum at us.

What do you think? Does Greece stand a chance in Lisbon?

Greece performs in the second half of the first semi-final, on Tuesday 8 May.