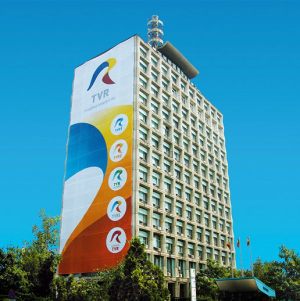 Well I was about to upload my video interview with 2016 Romania entrant Ovidiu Anton, when the news broke this morning from the EBU that Romania would not be able to compete in this year’s Eurovision Song Contest, due to non-payment of debts by the Romanian broadcaster, Televiziunea Română (TVR), and the Romanian Government.

“TVR will now no longer be able to participate in the 2016 Eurovision Song Contest and will lose access to other EBU member services including the Eurovision News and Sports News Exchanges, the right to broadcast specific sporting events, legal, technical and research expertise and lobbying services.  The decision was made after a deadline given to the Romanian government to make satisfactory arrangements to repay the debt expired.

In a final letter to the Finance Minister of Romania Anca Dragu sent on 15 April the EBU requested a down payment of CHF 10 million to be received in the EBU´s bank account by close of business on Wednesday 20 April 2016. The Union also asked to receive an unconditional and irrevocable bank guarantee for the remaining CHF 6 million, supported by a payment plan by the end of the year.

The deadline was extended until Thursday 21 April but no payment was made.”

Personally I feel very sad for Ovi Anton, he had worked hard to qualify and was very much looking forward to competing for Romania in Stockholm in just a few weeks time. Whether you liked his big, dramatic rock-ballad or not, do spare a thought this morning for Ovi and the creative team behind this years Eurovision entry.

I do question the EBU timing, with Eurovision just around the corner and so much work having gone into the national selection and development of an entry for this year’s show, could this not have been done either months ago, or after ESC2016? And TVR, who seemingly have ignored communication from the EBU, why have they not responded, did they think that the EBU wouldn’t go through with their it?

So here is, what I guess will be one of the last interviews with a Romanian artist about Eurovision, at least until they can sort out the finance issues; ladies and gentlemen – Ovidiu Anton.

And as for Eurovision, what does that mean, the EBU states that…