Bosnia & Herezgovina : The Best and Worst at Eurovision Over The Years 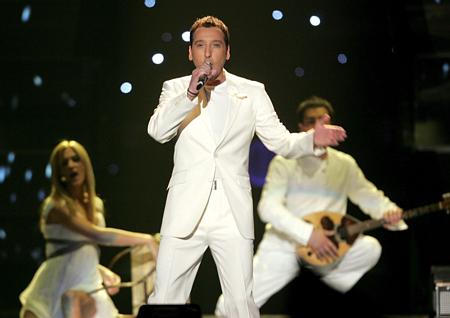 Now that the National Finals season is finished and all songs for Eurovision 2016 have been selected we now have a period of around 5-6 weeks where we wait for the rehearsals to begin in Stockholm. What better way to fill the time than to look back over the 60 years of Eurovision at some of the best and worst entries that countries have sent to the Eurovision stage. There are 43 countries going to Stockholm to take part in the 2016 edition of our favourite musical extravaganza and we continue our journey with Bosnia & Herzegovina who have never won the contest but have come 3rd once and finished top 10 on 5 other occasions in 18 appearances. They have never come last with the closest being 2nd to last in 1996.  You can check out the previous articles in the best and worst series for Ireland HERE ,Spain HERE and Austria HERE.

So this year Bosnia & Herzegovina are represented by Dalal & Deen feat. Ana Rucner and Jala with the song ‘Ljubav Je’. We will have to wait and see if it turns  out to be more of a best or  worst song for Bosnia & Herzegovina but the overall reaction is fairly positive so far. You can look back at our article revealing the song when it was released HERE.

So my selections for best and worst entries are based on a combination of actual results and personal taste. Bosnia & Herzegovina have appeared at Eurovision 18 times before and have taken a few years out in between since they first debuted in 1993.

First off I am going to choose what is the most successful entry they have ever had to date and that is Hari Mata Hari with the song ‘Lejla’.

Hari Mata Hari had tried to go to Eurovision before but had to withdraw in 1999 because his song had already been released in Finland 2 years previously. But in 2006 he was chosen to represent his country in Athens and came in with their best ever finish of 3rd place with 229 points. His performance was very memorable and rousing not only for his strong voice but all the band were dressed in white suits/outfits.

Moving along now to look at one of the worst entries. I personally find this extremely difficult as Bosnia & Herzegovina are one of my favourite countries at Eurovision and I do not dislike any of their entries. So I will use the criteria of lower placing for this choice. The first performer is Amila Glamočak who sang the song ‘Za našu ljubav‘ back in 1996 in Oslo. 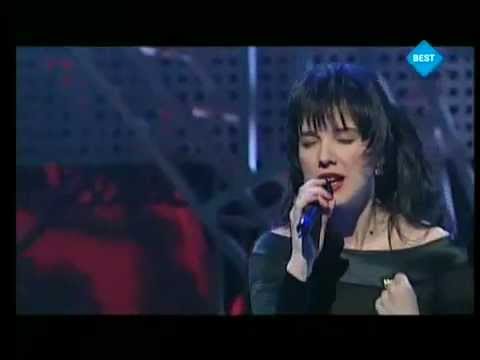 Like I said earlier I do not dislike the song but found it just a tad dull and moody. It is a love ballad and just a little bit dark for me. But it was well performed and I do not think it merited the low placing of  22nd(2nd last) with only 13 points.

The next entry that was one of Bosnia/Herzegovina’s finest was the song that went to Istanbul in 2004. It was performed by Deen who is returning this year and his song back then was totally different to his new entry. It was called ‘In The Disco’ 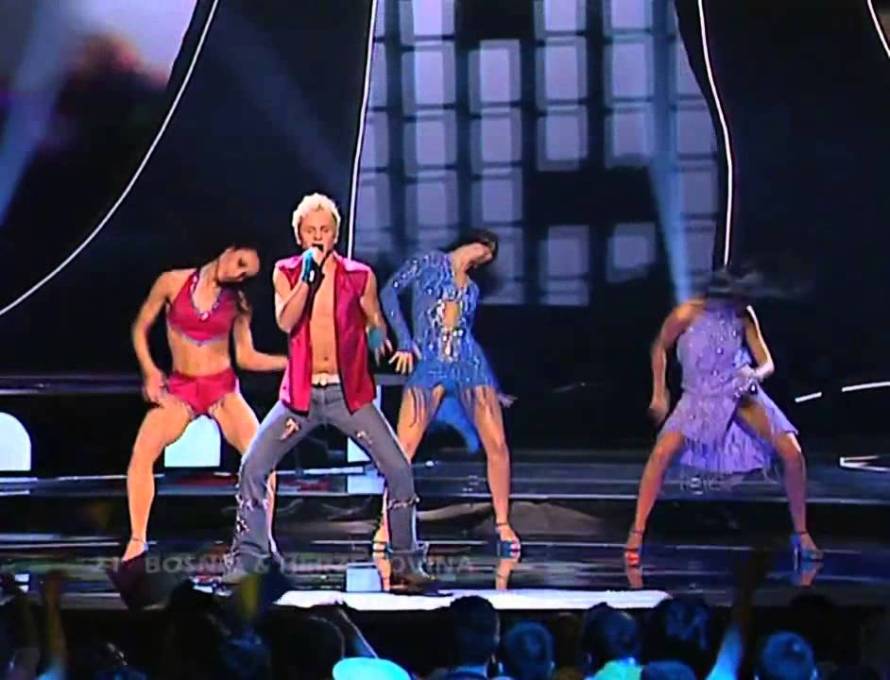 Now Deen was as camp as a row of tents at a scouts convention. His song was a uptempo Eurodisco number  and came through the Semi Final in 7th and proceeded to wow the audience in the Final with an energetic dance routine that managed to finish in 9th with 91 points.

Back to another entry from Bosnia that came in quite low in the scoreboard. The year was 2003 in Riga and the artist was Mija Martina with the song ‘Ne brini‘.

Now I really loved this song and the only reasons that I have placed it in the worst category is its finishing position which was 16th and some of the vocals were a bit off key during the earlier part of the song. Otherwise it was a good uptempo piece of Balkan pop which I enjoyed. It ended up getting only 27 points.

So moving on and my final song from Bosnia & Herzegovina that I think is one of the best. This is a song that gave them their 2nd best ever finish in 2011 in Dusseldorf. It was performed by Dino Merlin and called ‘Love In Rewind’

Now I always had a real soft spot for this song when it first came out. I was also fortunate enough to meet Dino when I gave him a gift of a t shirt at his press conference.  It proved to be very popular among the fans and general public alike and managed to finish in a very credible 6th place with 125 points.

Now I have another confession to make about this song as in October 2011 I chose to perform this song at our Eurobash in the UK in our Eurostars contest and actually managed to come 3rd after performing in public for the very first time and yes there is a video of that too to prove it.

So I have reached my last song for Bosnia & Herzegovina and it has to be yet another baddie. Who am I going to choose? Well I have decided to go back to Dublin in 1995 when Davorin Popović sang the song ‘Dvadaset prvi vijek‘. 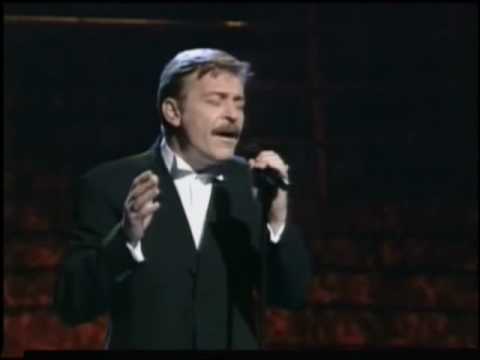 Now this song is a power ballad, in which the singer wonders where his lover is. He explains his desperation by saying that “The 21st century is coming my dear”, and presumably he wants her with him to celebrate that momentous occasion. Hmm well exactly. It was a perfectly performed song that would have been more suited to a smokey lounge with a band and a piano in the corner, but on the Eurovision stage? Well it came in 19th with 14 points so there I guess is your answer.

So there we have it folks, my little delve into Bosnian Eurovision history and some of the best and worst moments over the years. Do you agree with all or even any of my choices? Feel free to comment below.

A final treat for you is another picture of Dino Merlin……. or is it????