For the last 2 years Ireland have been successfully represented by Jedward at Eurovision and brought the country back to the Top 10 at the contest in 2011. What they have also done is to bring a youthful following to Eurosong and Eurovision back in Ireland and this […] 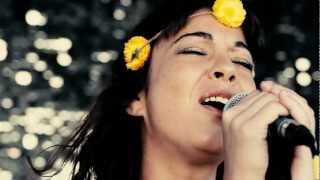 (Photograph Courtesy of YouTube.com) “Inchequin Son Kez” will perform the song  “The Last Time” written by Sinead Bradley and Hugh O’Neill and Arranged by Tevfik Kulak. Inchequin consist of two Irish and three Turkish musicians. Son Kez is a result of these two cultures coming together. All information […]

(Photograph Courtesy of Zoe Alexis FaceBook) Eurosong 2013 begins with what we believe to be Zoe Alexis’ preview video for her entry into the Irish National Eurovision Selection. As we had written before – we are awaiting official conformation from RTE of Zoe’s participation in Eurosong. However this […]

More news from Ireland and the upcoming Eurosong 2013 final.Mentor Stuart O’Connor has informed us here at Eurovision Ireland that he has just completed a music video for his act’s upcoming Eurosong entry. There is also a photograph teasing us of his act saying “Who is in front […]