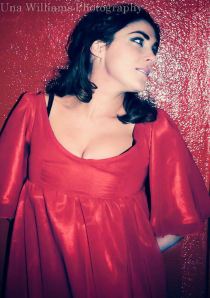 Inchequin will be gaining a new member of their band as of today. The 5 piece Irish – Turkish band consists of Hugh O’Neill (Lead Vocals), Sinead Bradley (Vocals,Guitar and Tin Whistle), Tevfik Kulak (Trumpet and Piano), Selin Türkoğlu (Vocals) and Ayda Tunçboyacı (Violinist). However we have been told that County Meath singer Niamh Collins will be joining the band as of today.

Niamh is an award-winning singer who has worked with many world-class artists including Rod Stewart and Micheal Bolton. Niamh recently enjoyed a massive global club hit with Suisse DJ Fred Lilla and the song “When You Feel”

Inchequin continue to make the news across Eastern Europe with their participation in the Eurosong Final here in Ireland. It seems that the Irish-Turkish blend of music has captured the imagination of the media and our “Eurosong Poll” where they are currently number 1

Inchequin will be performing number 1 on the Eurosong Final on Friday February 22nd on the Late Late Show on RTE1. They will be singing the song “Son Kez/The Last Time” which is composed by Hugh O’ Neill, Sinead Bradley and arranged by Tevfik Kulak. They will be mentored by Eurovision Winning composer (“What’s Another Year – 1980) Shay Healy where they hope to win the song contest again for Ireland.