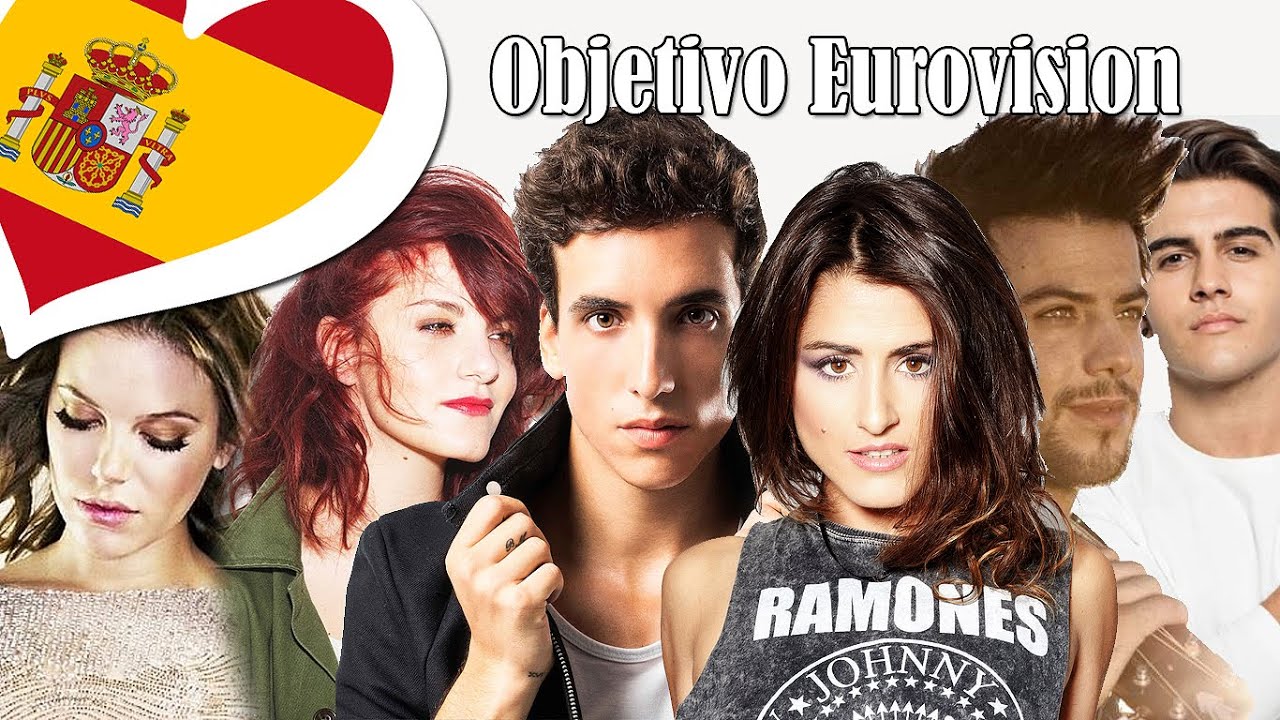 After the release of the Spanish contestants of “Objetivo Eurovisión” I have been asking around my friends (eurofans and not eurofans) and my relatives about their impressions of the songs and this is what they told me about! I will structure it song by song and telling the pros and cons I have received. Plus remember we have our Poll to vote for your Favourite HERE

On the positive side, everyone thinks this will do well inside Spain, “a great summer song for 2016” or “at last a song that forgets the Spanish sounds of 2000” are some of the impressions caused by this song.

However, almost everyone agrees that this would not do well in Eurovision. In addition, her recent live performances on TV were too weak to think on her as a Eurovision possible winner.

I have only received a good impression from this song, “it sounds like something I could dance on a club every night”.

On the other side, people generally think that it is another cheap “electro-latino” song and most eurofans feel disappointed with it due to the high expectative caused when the composer, Juan Magán, was known.

This song is fresh and different and that is what I got from people’s impression of it. Electronic sounds breaking with all the previously sent by Spain. “It is both something that could pass completely unnoticed or completely call your attention” a eurofan comments.

On the other hand, the song turns out to be repetitive and boring for many people, It calls my attention that some people gets bored with a song that only lasts 2:18…

It is curious that eurofans reaction to a Eurovision-like song like this is much worse than non-eurofans impression. For eurofans, this is something far from what Spain should send to ESC, something that sounds too Nordic for us, it sounds as BWO 8 years ago or simply something discarded from melodifestivalen. Whereas for non-eurofans, this sounds fresh, it is catchy, Xuso can do a great performance with it and we can go back to the top with a song like this one.

This is a song that everyone seems to have a positive opinion of it, but no one seems to have it as favourite to ESC. This is something bad because you have to make passion grow into people so they take their phones and call for you.

In general, people see it like something that would have a great success inside Spain, sounding in every radio station, but getting a second-half position in Stockholm’s final next May.

This places number one in most of people’s ranking and my friends and relatives agree with them. From 20 people I have asked, the lowest ranking of Barei is 3rd. Its main negative comment is that it might be not as catchy as a Eurovision winner should be.

On the other hand, people find it current, dancing and a great voice and rhythm. “Barei has shown her great skills performing live and the smooth version of the song with a better production will be for sure a top qualifier in Globen Arena”.

Do you agree with them? Please leave a comment below telling us what you think!