It’s not quite all work and no play here at Eurovision Ireland. We also like to bring you word of what’s going on behind the scenes. One of the most important non-televised events is the official opening of the Euroclub. The artistes had been at their own special gathering beforehand – read our Elaine’s article here – but here’s where the rest of the press can mingle with them. Here are some of the stars and delegates. Are you among them? The Greeks were there!

The Israelis were there.

Even Hera-Björk from Iceland was there.

And the Murj (from Blackstreet) boys. 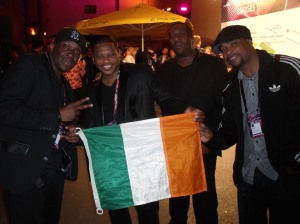 Of course, not only some of the stars, but regular types too. Like some who’ve travelled all the way from Australia. 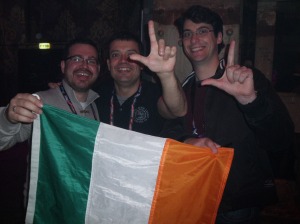 And of course, Irish.

But what’s your favourite from this year?