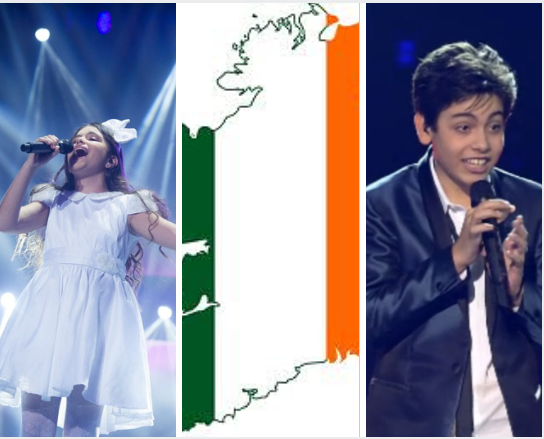 Yes we can now confirm that Ireland will compete at the Junior Eurovision Song contest in November 2015.

Can you remember the last time you heard an Irish song performed in ‘As Gaeilge’ or ‘In Irish’ on a Eurovision stage? Well it only happened once and that was in 1972. That is all set to change!

The EBU Broadcaster TG4 – which is Ireland’s full-time Irish language national broadcaster and EBU member – have confirmed that they will take part in the 2015 Contest.

They will partner up with Adare Productions to find Ireland’s first ever representative at the Junior Eurovision Song Contest.

Full production and show details are being finalised but Eurovision Ireland has been advised that there will most likely be 4 Semi Finals and 1 Grand Final that will all be broadcast on TG4.

Acts must me between the ages of 10 and 15 as of the date of the Junior Eurovision Grand Final in November and will have to contribute to the writing of the Irish Entry.

You can find out all the details on how to enter the song contest on the TG4 Website.

Last year the Junior Eurovision contest was hosted by Malta and was won by Italy with their first ever entry at the contest – Vincenzo Cantiello with the song ‘U primo grande amore’.

Italy declined the offer to host the contest (as is allowed under the rules of Junior Eurovision) and there will be a decision announced on the host city for this year’s contest shortly.

Possibly 5 shows to select the Irish entry at Junior Eurovision. That will be one of the biggest selection shows across Europe.

How Can You Enter?

Auditions will be nation wide so make sure to keep tuned to the TG4 Website. You must get your parents consent to enter – hey that’s the Irish Law so no complaining! So be nice to your parents! the Application Form is now available on TG4’s website: here (in English) or here (in Irish).