Ireland : Mary Byrne not in the Irish Eurovision Selection Final 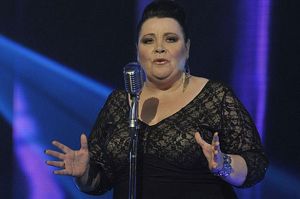 Speaking out today the former X-Factor sing Mary Byrne has confirmed that she has not made it to the final of the Irish Eurovision selection for 2015.

Her song ‘The Storm’ was composed by Karl Broderick who you know from Eurovision 2005 as he composed the Irish entry ‘Love’ for Donna and Joe and last year he composed ‘The Movie Song’ that just missed out on representing Ireland in Copenhagen. Eoghan Quigg was the singer of that little gem of a song.

Mary Byrne was one of the favourites to make it to the Irish selection and even had the support of Louis Walsh when they both appeared on the UK’s ‘Never Mind the Buzzcocks’ broadcast over the Christmas period where they spoke of Mary’s Eurovision aspirations.

“I’m more disappointed for Karl, but I’m a huge Eurovision fan and there’s no denying I would have loved the chance to win it for Ireland again. I felt Karl’s song was very strong and inspiring, but it hasn’t been chosen and I’m gobsmacked.”

Never give up on the first attempt Mary!

So what do you think of the news that Mary Byrne will not be in the Irish Eurovision National Final? Who would you like to see there? There will be a few more surprises along the way of acts that did and didn’t make it through to the Eurosong selection.