FRANCE : Jessy Matador gets us shaking our ‘Zuluminati’ 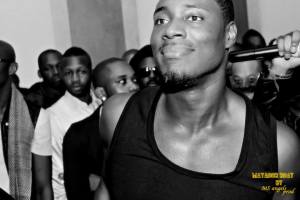 France : Jessy Matador had us screaming ‘Allez Ola Olé’ at Eurovision in 2010 with his soon to become French football anthem song. Since then he has continued with that same ‘Flava’ of music.

You know the music I am talking about! You tend to hear it at a Zumba class on in the swimming pool when you are on vacation as a Hotel gym instructor gets you doing aqua aerobics and for once you think that exercising is fun – that is because you know there is an all you can eat buffet 10 meters away that you will hit after this song is finished.

‘Zuluminati’ is your classic Matador song. It has that mixture of Latin, Dance hall and europop vibe to it. It is a slice of sunshine on a rainy day or depending on your disposition a slice of rain on your sunny day. Me I’m of the former school of thought as I need to lose a few pounds and this will do nicely for the gym.

‘Zuluminati’ is like catnip and addictive though you don’t know why.

‘Zuluminati’ is available on iTunes now

Marks out of 12 it is a middling 6 points for ‘Zuluminati’ thought my Zumba teacher loves it more!