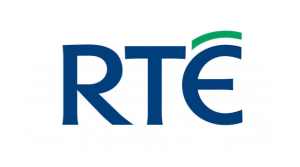 Ireland’s selection process for Eurovision 2015. What will it be and when will it take place and how can you enter? With many sites posting that the details are confirmed we here at Eurovision Ireland have been inundated with thousands – and we mean thousands – of questions on how to enter.

It is safe to say that for some of the more vocal media sectors who knock the contest seem to be out of tune with what the public think about Eurovision. Despite Ireland not making the Grand Final of the contest this year, it is apparent that acts like Conchita Wurst and The Common Linnets have brought so many new viewers to the contest and can see what we already knew, that Eurovision and Eurosong are relevant showcases for musical talent.

Eurovision Ireland have received queries on how to enter the Irish Eurovision selection for 2015 from the four corners of the globe – and we kid you not. We have even had former Eurovision song writers showing an interest in submitting songs to the Irish selection for Vienna.

We are always in contact with RTE and there will be an official statement coming shortly that will answer all your questions. So our advice to all interested performers and songwriters that have contacted Eurovision Ireland is to HOLD TIGHT. We will let you know the finalised plans once RTE give us the green light to do so.

So there is no need to fret. We will bring you all the important details shortly.

2015 will be the 50th anniversary of Ireland’s first appearance at the Eurovision song contest and will be the country’s 49th entry in the contest. The country missed out on the contest in 1983 (due to a strike at the national broadcaster) and in 2002 when they were relegated under the points system following the 2001 contest in Copenhagen.

So stay tuned for upcoming information on the Irish National Selection for Eurovision 2015. You have not missed any details and they will be here for you shortly.