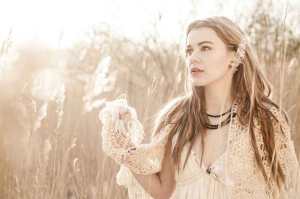 The official video for the Eurovision 2013 winning entry “Only Teardrops” has just been released by Danish Television. Shot on location on June 3rd on and around the beach of Tisvildeleje in North Zealand, it is part creative and part documentary where you see Emmelie being an enchantress in a “Forest” ,which by the way looks like it is on fire – “de Forest fires” (as we say in Dublin) can be very dangerous!

Mix into this some black and white footage of her triumphant return to Denmark and plus her winning of the Danish National final and you have the brief history of Emmelie and “Only Teardrops”. Directed by the acclaimed Director Michael Sauer Christensen. it looks like we shall be treated to this until the contest in 2014 begins – it will DR’s calling card/invite to unite in whatever city they decide to host the contest in.

Was it what you were expecting?