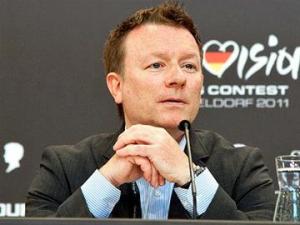 The Grand Final of Eurovision 2013 had not even taken place last Saturday before a report by a Lithuanian news agency claimed they had video footage of Azeri officials trying to buy televotes in Lithuania. This was followed up by claims that due to irregularities in the voting procedures resulting in Russia receiving no points from Azerbaijan. This was the first agenda item when politicians from both countries met each other yesterday for official talks. So what has the EBU to say on all of this?

Here is the video that is causing all the scandal. It is allegedly Azeri Eurovision associated officials seeking to buy tele votes from Lithuanian officials. This video has English subtitles

To summarise the video is alleging that Azerbaijan are trying to buy tele votes from Lithuanian people through using 5 sim cards and organising them in groups of 10 people several km apart from each other, thus bypassing the EBU monitoring systems. Small tele voting nations have been rumored to have been targeted over the years.

EBU Eurovision Executive Supervisor Jon Ola Sand has just said “We are looking into this case, but would emphasise that the intention of these individuals have not yet been clarified, and nor has a link been established between the individuals in the video and the Azeri delegation, the Azeri act or the Azeri EBU Member Ictimai TV.”

Azerbaijan awards no points to Russia

On Monday the president of Azerbaijan called for an official investigation into how Russia were awarded no points from Azerbaijan in this year’s Eurovision. So tense was this subject that officials made it their top point of discussion when politicians from both countries met yesterday. Azeri TV today released tele voting figures saying that Ukraine came first in the tele vote and Russia second. They claimed that mobile tele votes from 3 networks were not added in – this denying Russia 10 points in the voting.

The combination of televotes and jury votes, each having a 50% weighting in the votes from a country, actually did not result in a top 10 position for Russia in the overall result from Azerbaijan. Therefore, Azerbaijan awarded Russia no points – a result confirmed by a notary onsite, by our voting partner Digame and by an independent observer from PwC. This now means that the Azeri Jury placed Russia so low down in their rankings that despite Russia being second in the televote they did not come overall in the Azeri Top 10.

Sand comments: “The first duty of the EBU, as organiser of the Eurovision Song Contest, is to its Members, the public service broadcasters in the participating countries (Ictimai TV in Azerbaijan). We believe that the Song Contest’s apolitical spirit is a cornerstone of its enduring success, and we will do all we can to protect it.”

The EBU has stated that “Any form of political pressure on professional juries that could lead to anything other than an independent evaluation of the participating entries, is a violation of the Rules of the Eurovision Song Contest, and will be duly dealt with”.

PwC (Independent Company who monitors the voting)  “has sent additional observers to broadcasters unannounced shortly before the broadcast, to verify as well if the jury voting is being conducted in accordance with the Rules. A PwC observer has also conducted interviews with broadcaster representatives at the Eurovision Song Contest, to evaluate rumors.”

Judges must sign a document declaring their independency, and are asked to submit details about their professional background. The jury voting is overlooked by an independent notary who confirms to the EBU and PwC that the voting has been conducted in accordance with the Rules.

Investigations will now take place based on the Lithuanian news agency claims before any decision will be made. Stay tuned for more news as it happens.