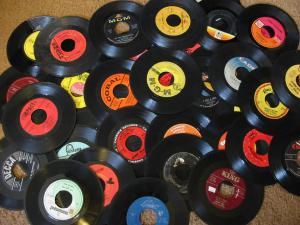 Since its first broadcast back in 1956, the Eurovision song contest has gone through many transformations. The contest was one of the first Europe Wide live entertainment broadcasts and had hundreds of millions of viewers. Throughout the years the contest has gone through many changes from having an orchestra, to performing to a backing track, to jury votes to televoting.

Eurovision had been a prestigious event for a singer and composer to participate in. It was also a launching pad for artists to national and international success – Abba and Celine Dion to name but a few. During the 1990’s this had somewhat wavered despite sporadic commercial successes like that of Gina G from the UK who did not win the contest in 1996 but went on to be a global hit record and received a Grammy nomination in 1998.

The introduction of televoting brought the Eurovision up to date with other song contests/competition across the world. Move on to the 2000’s and buying a record no longer meant you making a trip to your local HMV record store. You could now do this on the move on your mobile telephone. Hence the ease of making a Eurovision records available to the masses became so much easier. This innovation has seen more Eurovision songs making the charts across Europe. From “Fairytale” from Alexander Rybak in 2009 to Lena’s “Satellite” in 2010 to Jedward’s “Lipstick” in 2011 to last year’s winner “Euphoria” by Loreen – which made #1 in 18 countries and the top 10 in a further 13 nations – Eurovision and the music charts are now courting again.

So what of 2013? We have had many national songs already charting in their home territories at this early stage in the Eurovision Calendar. Let’s take a quick run across Europe.

Margaret Berger who won the Norwegian Final with her song “I Feed You My Love”, is enjoying it’s 3rd week at #1 in the download charts. Not only that but the runner-up Adelene singing “Bombo” is at #2 in the charts and the song “I Love You Te Quiero” by Sirkus Eliassen which came third in MGP, is sitting at #9 in the charts. It is clear that Norway has embraced Eurovision commercially.

Krista Siegfrids beat off strong competition in Finland to become their entry to Eurovision in Sweden this May. Following her semi final performance she won a recording contract in Finland and her song “Marry Me” is sitting at #2 in the Finnish download charts already. Krista beat the reigning Finnish Idol winner Diandra,which shows just how popular the national contest is in that territory.

Denmark selected their Eurovision entry several weeks ago and following their National Selection the Top 3 download chart positions were occupied by the Top 3 finalists of their National Selection. Emmelie de Forest with her song “Only Teardrops” will represent Denmark at Eurovision this year and has already made #1 in Denmark and is currently still in the Top 10 at #8.

The host of this year’s Eurovision Song Contest – Sweden – have a very interesting download chart. This week’s download charts sees 2 Acts that failed to make it to the final and second chance show, make the Top 10. The Swedish House Wives “On Top of the World” is sitting at #4 while Felicia Olsson is at number 10 with her song “Make me No. 1”. Again a clear indication that the local population is watching the show and liking the music enough to download the songs

Switzerland as per normal were one of the first countries to select their Eurovision entrant – Heilsarmee with the song “You and Me”. To date the song has peaked at #21 in the Swiss charts but as the Eurovision Song Contest gets closer this chart position tends to get better in Switzerland so watch this space.

With little over a quarter of the songs selected for Eurovision, already it is destined to become a popular 2013 with the national and international music charts across Europe.