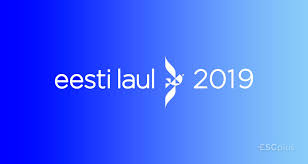 One of the most eagerly-awaited selection processes for the Eurovision Song Contest is Eesti Laul, a series of shows from Estonian broadcaster ERR. The broadcaster has now unveiled the final 24 songs vying to be the Estonian representative in Tel Aviv.

A total of 216 songs were submitted by both Estonian and non-Estonian songwriters, and there is a mix of songs in the native language and in English.

But where can I find the songs? Fear not, ERR has put all 24 songs on its website, and you can find them HERE.

One name you may recognise is Sandra Nurmsalu, formerly of Urban Symphony (EE 2009). Here’s her song Soovide puu (Tree of wishes).

The 24 songs will compete in two semi-finals on 31 January and 2 February from Tartu. The final takes place on 16 February, and comes from the Saku Suurhall in Tallinn.

Have a listen to the songs and tell us what you think. Could Estonia do better than their eighth place in Lisbon? Here’s a reminder of the performance from Elina Nachayeva.