#ROMANIA – “We want to give all our best, and even more than that!” Jukebox & Bella Santiago #INTERVIEW

With 72 songs submitted to Selectia Nationala 2018, it won’t be a hard task for the jury to cut  12 songs in order to announce the 60 semi-finalists. As we announced you earlier this year, Selectia Nationala will include five semi-finals and a final on 25 February 2018.

We had the great pleasure of speaking with them and here is what they told us!

Hey Jukebox! Thank you for agreeing to talk to Eurovision Ireland! First off, can you tell us who are Jukebox and Bella Santiago?

Jukebox is one of the most appreciated live bands in Romania with almost 20 years on the Romanian musical market. We are usually recognized as one of the best live acts in Romania, with electric shows, a lot of positive energy on stage, great musicians (6 instrumentals) and two extremely good lead vocals. Over time, we released an original song album (Picuri de Rai/Drops from Heaven), 2 cover albums (Feel Like Making Love & Christmas Songs) and other 8 original songs/singles, not yet included in an album.

You can find here all our videos/songs and albums 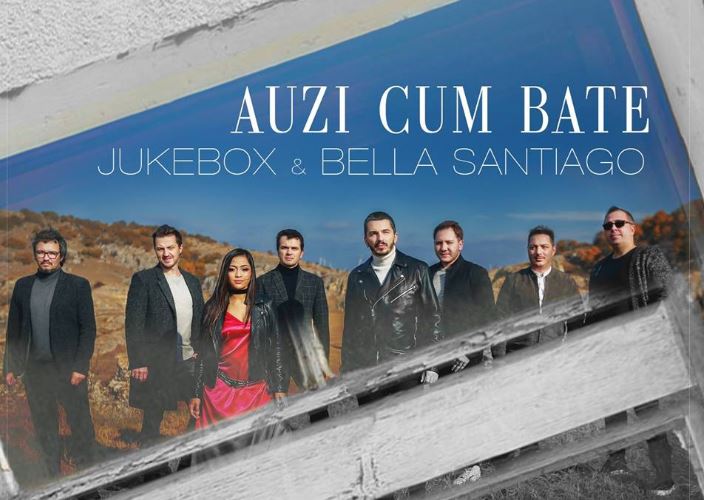 About the lead vocals: Alex Vasilache – lead vocal of Jukebox, is actually a qualified doctor, who abandoned his medical career for his greatest passion: music. He speaks English and Greek and can sing in many languages besides Romanian: English, Greek, Russian, Bulgarian, Spanish, Italian and occasionally Serbian.

Jukebox is well known due to a former very successful TV Show “Cronica Carcotasilor” where we’ve been the host-band for 10 years. (Alex Vasilache was also the semifinalist in “X Factor Romania” show in 2015 and finalist in “Te Cunosc de Undeva/Your Face Sounds Familiar” show in  2017).

Bella Santiago has an incredible voice and is a wonderful person. She is a Filipina, finalist in “Romanians Got Talent” 2016 show and now she is living in Romania. She started to sing at the age of 12 and became a real star in Asia, especially in Philippines, Taiwan and Malaysia, where she got the nickname “the Small Beyonce”. She is extremely talented, with a great voice and smashing choreographies on stage. Some other words that can describe her would be: chameleonic singer, natural, authentic, voluble and very passionate about her dream, to become a real star like her idols: Jessie J, Beyonce, Adele, Whitney Houston.

Smiley loved her performance in “Romanians Got Talent” and created, together with HAHAHa production team, a song for her, “Unpredictable” which was released in February 2017:

Cat Music, the biggest label in Romania, was the “Cupid” of the new project “ Jukebox & Bella Santiago” which started in February 2017. Since then we are together almost all the time: in concerts, TV shows, rehearsals, studio, home. We are like one big happy family since we got together! We released our first single in April 2017: “Vocea Ta/Your Voice” which was very well received, acquiring more than 1,3 millions views on YouTube and it was on-air for a long time on National FM. The song had also great air play on Magic FM and Radio Romania.

Jukebox & Bella Santiago – some of our live performances in 2017:

Fantastic! Now, we know that you’ve tried to represent Romania at Eurovision before back in 2005 and 2016. What made you try this year again?

This year, like in previous years when we participated, our motivations were the same – our passion for music, the constant wish of self-improvement, to share our emotions, thoughts, the story and our musical message as far as we can, performing in a high class contest and the experience itself. From an artist’s point of view, the Eurovision experience is just “WOW”. One of the best ever! We would consider it a great honour to be part of this contest. We want to give all our best, and even more than that! 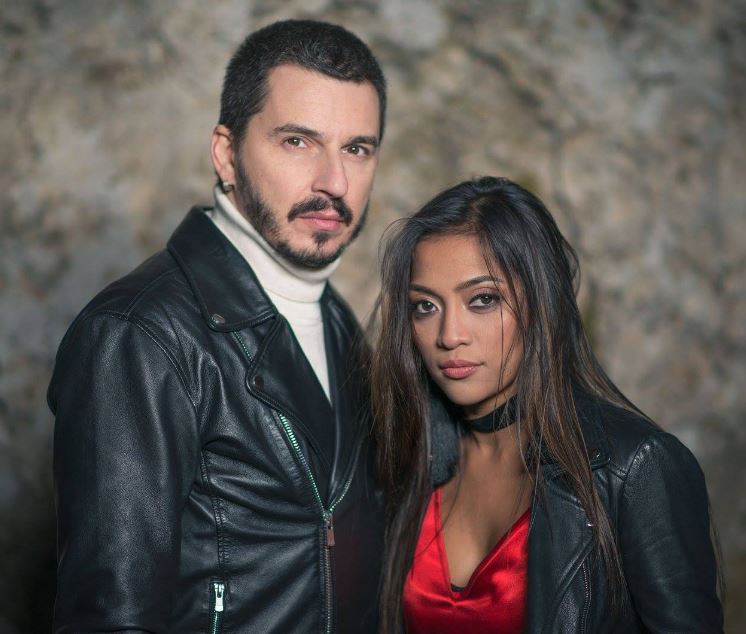 The message of the song is optimistic and strong: Do not give up when we lose each other or feel we have no connection. When we can only find ourselves through a small window, when our worlds have slowly but surely become so different, let us be united in our fight for good and love, and truly believe that everything is possible from dream to reality!

Unity and communication between people are the central points of the song, so that we would no longer live in parallel worlds, communicating only through a small window and each of us thinks and imagines what he wants in his world, dreams come true, or vice versa. You really do not know what or who to believe, everything is confusing and you lose both yourself and your loved ones.

I feel it as a strong song. A rock song disguised as pop song. #AuziCumBate has a chorus which no matter how much you try to soften it, from your chest it always comes out as a shout. This is what I l felt at Eurovision preselection, when we first sang it live on a stage. We are living in times when people talk, but they don’t hear each other. We live in parallel worlds that only communicate with each other through a small window. This is to me exactly the story of our lives now, both in our families and society. Maybe if we stop one second from this dialogue of deaf people, we could hear our hearts beating as one. (Alex Vasilache)

That’s a great message! If it were to represent Romania at Eurovision, will you keep the song in Romanian, make an English version or a combination of both Romanian and English?

Yes, our dream is to keep the song in Romanian. We are proud of everything that is beautiful in Romania and if we represent Romania at Eurovision, we would like to do it in Romanian.

Of course, if the audience asks and it proves to be a good idea, we can do the song in English, but it’s not what we want. After all, Bella is Filipina and she sings the song in Romanian, because she will represent Romania. We are flexible, but we would prefer for the song to stay in the Romanian language.

Both of our repertoires are 90% in English, so it would have been extremely easy to sing the song in English, but then again, we can’t really consider that we truly represent Romania at Eurovision.

I like the way you think! Can you tell us what is your favourite song form all Eurovision history?

We have many songs that we like. Just one it’s impossible. We’ll say some of them: Playing With Fire, Fairytale, Euphoria, Waterloo, Amar Pelos Dois, Let Me Try and many, many more!

What message do you want to send out to your fans reading this interview?

Thank you Jukebox & Bella Santiago! It was a pleasure talking to you and we wish you best of luck!

What do you think of this Romanian entry? Has it got what it takes to win Selectia Nationala or even the whole Eurovision Song Contest 2018? Let us know in the comments below!