#BIRTHDAY: SuRie from the UK is 32 today

#BIRTHDAY: SuRie from the UK is 32 today Sometimes performers aren’t always remembered for their three minutes of singing on that hallowed stage. Just occasionally, there’s an event outside their control that overshadows what they’re there to do. We won’t dwell on the incident that befell today’s birthday […]

#BIRTHDAY: Gromee from Poland is 42 today

#BIRTHDAY: Gromee from Poland is 42 today Our friends in Poland ‘get’ the Junior version of our favourite TV show. Back-to-back wins are testament to that. But the big one is a different kettle of fish. As you’ll know, Poland started its Eurovision story with a runner-up spot. […]

#BIRTHDAY: Gianna Terzi from Greece is 40 today Our friends in Greece have an interesting relationship with our favourite TV show. Participants since 1974, they’ve had their ups and downs. The ups have mainly been in the 21st Century, but it’s not always been the case. The win […]

#BIRTHDAY: Elina Nechayeva from Estonia is 29 today How do you feel about the free language rule? Does it promote a song as many more people can possibly understand it, or do you think each country should stick to its roots? Our friends in Estonia have a language […]

#BIRTHDAY: Ryan O’Shaughnessy is 28 today It’s always good to see a success story. One where someone gets through, despite the odds being against them. Which is a tenuous link to Ireland. Those heady days of the 1990s seem a long time ago, and past performance is no […]

#BIRTHDAY: Cesár Sampson from Austria is 37 today We occasionally bang on about any country being capable of winning our favourite TV show. Some have that fluke result, some are knocking on the door of winning most years, and some blow hot and cold. Today we go to […]

#BIRTHDAY: Sevak Khanagyan from Armenia is 33 today Our friends in Armenia are definitely trying. They’ve mostly got into Grand Finals, but we all have bad days, don’t we? Even Sweden. Back in 2018, 1TV of Armenia sent today’s birthday boy Սևակ Խանաղյան/Севак Ханагян/Sevak Khanagyan with a really […]

#BIRTHDAY: Franka from Croatia is 28 today

#BIRTHDAY: Franka from Croatia is 28 today Our friends in Croatia have had their ups and downs over the years. Sadly, it’s been mainly downs lately. But they should take comfort that anyone can win our favourite TV show. Just look at Portugal. But even though they’re not […] 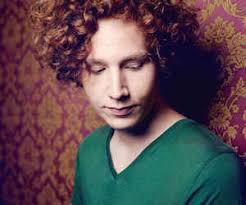 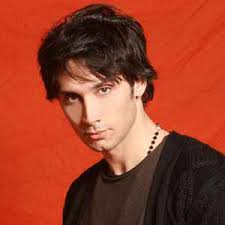 BIRTHDAY: Fabrizio Moro from Italy is 45 today If you could put money on the next country of the Big Five to win, who would you pick? Germany was the last of them to win, but that was a long time ago now. But that leaves Spain, France, […]

#BIRTHDAY: Rasmussen from Denmark is 35 today

BIRTHDAY: Rasmussen from Denmark is 35 today Denmark. A fine country eh? Full of bacon, pastries and the odd singer. And once you get them talking in their own language, you’ll be more amazed than at any time in your life. They’ve sent acts of all shapes an […]

#BIRTHDAY: Amaia from Spain is 21 today

BIRTHDAY: Amaia from Spain is 21 today As you’ll know, we pick performers from all years when we celebrate birthdays here. You’ll relish the black & white of some, but equally you’ll enjoy the “4K HD-ness” of the more recent contests. As it happens, today we go all […]