So we’re starting to get hints out of RTÉ that after this year’s disappointing show at the Eurovision, we might just be going back to having a national final to select our song next year. But what form will it take? Are we looking to have a smart reinvention to catch up with the best of the selection shows from the continent? Or will we be going back to having four parochial pub singers warbling anxiously in the corner of The Late Late studio, in front of a pensioner panel who haven’t really enjoyed a Eurovision song since the turn of the 21st Century?

Looking around the results on the big show this year it seems like Eurovision is finally beginning to catch up with the pop charts, with many of the acts looking more at home in the pages of the serious music papers rather than the What’s On pages of the Enniscorthy Echo. And it’s not as though Ireland hasn’t got more than our fair share of pretty interesting artists bubbling up through the underground to undoubted chart stardom.

So here we look at nine of the best, most current, and most creative young Irish artists doing the rounds at the moment, and consider how exciting it would be if even a small handful of them made it to a Eurosong final next Spring. After all, if we want to catch up with the rest of Europe we’ve got to stop looking at the past and fully embrace the future, surely?

If this is going to be a true fantasy wishlist, we may just as well start with Ireland’s most potentially bankable international star. Already signed to Universal and managed by pop genius Scooter Braun, this young electronic producer is already playing sell out shows across the globe, and is exactly the thing we need to drag us screaming into this century. Of course, his people would never let it happen, but how utterly amazing would it be if they did!
Click here to sample his ultra cool wares…

Edgy women singing sparse alt pop songs in strong, enigmatic voices were the growth industry at Eurovision this year, and if we want to be joining the likes of Belgium in the top half of the table, we could do much worse than send Lyra. With her crystal clear vocal and intrinsically Irish intonation she could bring a genuinely spine-tingling moment to that doubtlessly massive stage in Lisbon.
Click here for some glorious shivers…

Fed up with all that introspective stuff and lusting for something a little more bouncy? Well this pair of Dublin music college graduates can certainly bring the disco, but infuse it with a soulful, funk-fuelled edge. Just imagine a falsetto indie boy singing for Jamiroquai and you’re part way there.
Click here to feel their soul…

OK, so we’re going to need something more traditionally Eurosong flavoured on the list so that we don’t entirely scare the horses. So how about this handsome Country And Irish sensation. Alright, so he might actually be a Scouser, but his parents have Newry blood, and there’s been no one better at bringing the genre to the popular market. And the fact that he’s devilishly boy-next-door handsome wouldn’t harm his chances any, either.
Click here to release the charm… 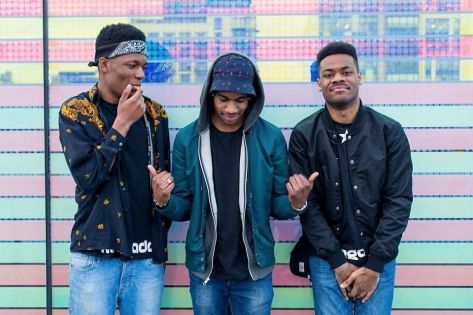 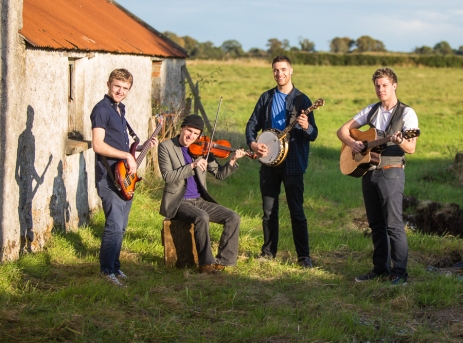 One thing we’ve not had for the longest time is a proper ole hooley on that Eurovision stage, and who better to bring the fun that these boys. They’ve proved over the years that they can either play it straight and traditional, or update their oeuvre to add elements of contemporary pop and dance to the mix. And boy they know how to work a crowd. If we wanted to show our modern outlook while still maintaining a link to our musical heritage, well these are the fellas to ask.
Click here for a nice old get down…

But if we want to go up the undefinably cool and original route while still remaining resolutely Irish, then there surely isn’t anybody who fits that bill better than this North Dublin crew. Dark, dangerous, and not even remotely Eurovision-tasting, their dystopian hymns to working class life would stand out like a beacon amongst all the glitz and glam, and their love of a good visual would have our eyes glued to the screens for the full three minutes. It would be a bold move, but it’s surely worth giving them a slot in the Eurosong final just to see if the nation feels it?
Click here for a trip to the darker side…

We’ve been lacking a bit of good old fashioned rock ’n’roll on this list, and there’s none more rockin’ than the impossibly youthful Cavan beat band, The Strypes. Despite only just getting into their twenties, they’re already veterans of the international festival scene, and can count the likes of Elton John, Noel Gallagher and Dave Grohl among their biggest fans. They’ve even had a cinematic documentary film made about them by Julien Temple. But what do they sound like? Imagine the fast pounding R’n’B of Dr Feelgood, mixed with the sixties sass of The Yardbirds and the indie smarts of The Arctic Monkeys and powered it with turbofuel.
Click here and rock that roll…

If the one thing you demand of a Eurovision song is fun, well, these Waterford rave heads would bring that by the bucketload. One of the best live propositions in the whole of Ireland, they can fill any dancefloor on the planet with their high octane insanity, and would bring a much needed surreal edge to an already unhinged televisual spectacle. Come to think of it, let’s bin all the rest and just send this mob – it would be beyond perfect.
Click here and paaaaaaaartaaaaay…

So are we talking complete nonsense? Gone too left field? Or have we missed anybody vital off the list? We’d like to hear your thoughts…