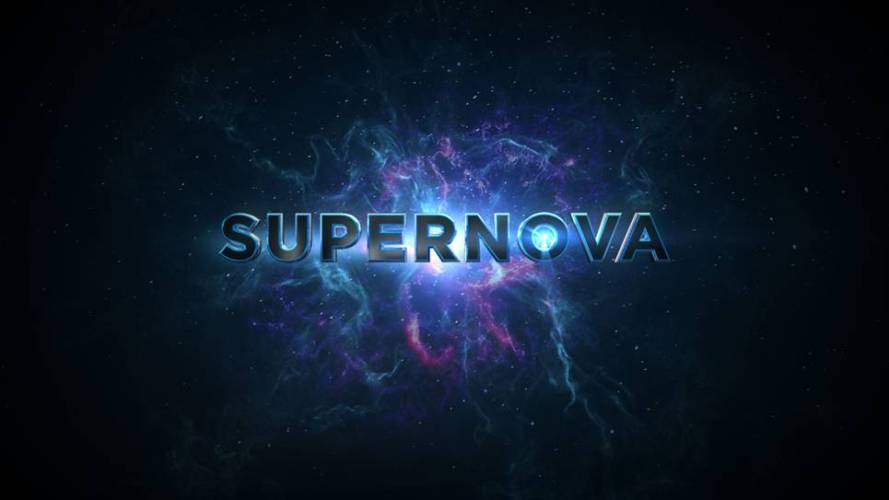 Latvia– Join us today at 20:25 CET for our LIVE rolling blog of the first Heat of Supernova 2017 where 11 acts will compete for a place in the Semi Final and hope to go on to represent their country in Eurovision 2017. Heat 1  is being beamed live from LTV Studio 6 in Riga.

You can watch the show live here at 20:25 CET. Just refresh our page here to get the views, comments and points of view from Andrew Main who you will know from previous musings  here at Eurovision Ireland and his sparkling charm and witty repartee should keep you entertained… or bored to hell, who knows!!

Four acts will advance to the Semi Final. The first two acts will be decided by public voting. Then the Jury will pick two other acts to advance. Soon we will find out who will succeed in taking on the Latvian golden ticket from Justs who finished 15th in the Grand Final last year.

So sit back and get ready for Andrew to give you his spin on tonight’s offerings from Latvia – JUST REFRESH THE PAGE for the up to date comments – at your own risk!

Good evening Europe and welcome to Supernova 2017. A really poor feed tonight I lost it just after the start and by the time I got back on I had missed the first song. I was going to take screen shots of songs but it is going to be too problematic. I will just report on what I hear. Ok the songs are on in a different order to what I had thought.

This is a good opener it seems this may actually be on first,  I am unable to watch more than a minute before it freezes again. It has a good beat and Katarina has a nice powerful soulful voice. Yeah I liked what I heard anyway. The jury liked her a lot and gave some advice on her vocal range.

Song 2 tonight from Miks, He sings an angst ballad while strumming away at the guitar. It is quite a rocky sort of song with some good vocals. He is alone on stage too. It is quite modern really with a few electronica back beats through it too. A decent song but I don’t think its for Eurovision. The jury overall seemed to love this song.

We have a break and Riga Beaver is back!!! He is painting a portrait of a beautiful lady in his amazing style.

Anna is on third tonight and has a backing band on stage with her. She has lovely blond locks and a good voice. She has a reasonable midtempo song that his a more rocky uptempo feel at the chorus. Then we get rap!! Really. That doesn’t work for me just too many different styles lumped into one. Too messy for my liking. Interesting fact from the discussion at the end is she has Eurovision experience having done backing for Aminata and Justs for Eurovision.

Song 4 – Edgars Kreilis – We Are Angels 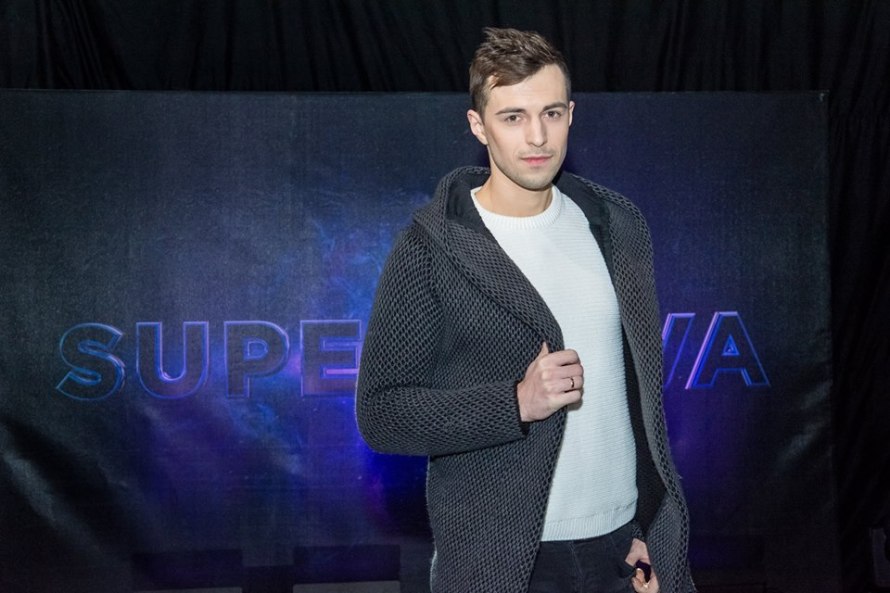 Song 4 for Edgar tonight. A slow starting song but a fairly modern pop ballad. It then goes a bit more uptempo in the chorus before going slow on us again. He wears a silver jacket and has some backing dancers with him. A decent pop song with a nice feel to it. My only criticism is some of his vocals were a little bit pitchy.

Song 5 tonight is quite punky  not a bad thing by halves it makes it stand out. It is certainly a bit weird for some people to stomach for such a Contest as this. The lead singer is pretty scary looking with shocking pink hair. 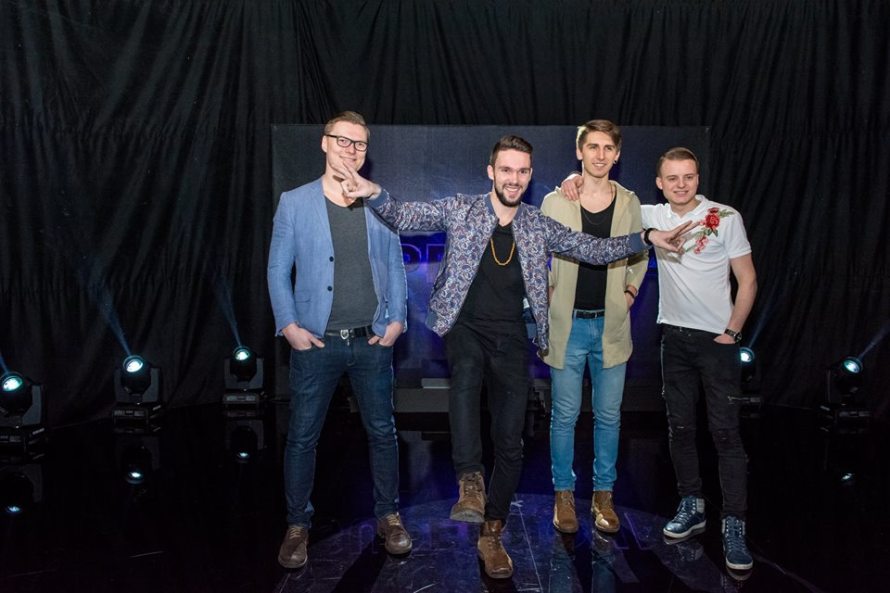 Song 6 is the group Rock n Berries. This has a good funky vibe to it. Quite rocky during the chorus. It sounds quite modern and easy on the ear. The long high note near the end was off pitch. A good reaction from the audience for this one. The jury think that they give off a good energy.  I would not be surprised if this got through tonight.

Lauris is on next with a backing group all wearing rainbow colours. He is in red shirt and orange trousers. Bad feed for this as it keeps jumping back then freezes. It is a decently catchy sing along feel good  kinda song. Whether it has what it takes for Eurovision.? I don’t think so.

Song eight up next and its a track called Naked. First Question are 3 singers on stage. All have cloth bags over their faces. The lead singer has what looks like a bowler hat on too and he has a brief case on stage with him which he kneels down at. The song has a good electronic beat to it.  It is also repetitive in a memorable way.  He ends by spewing all the papers from the brief case all over the stage. Oh and the bag finally comes off. He has a very low almost monotone sounding vocal. Its interesting but will it stand out in the best way? 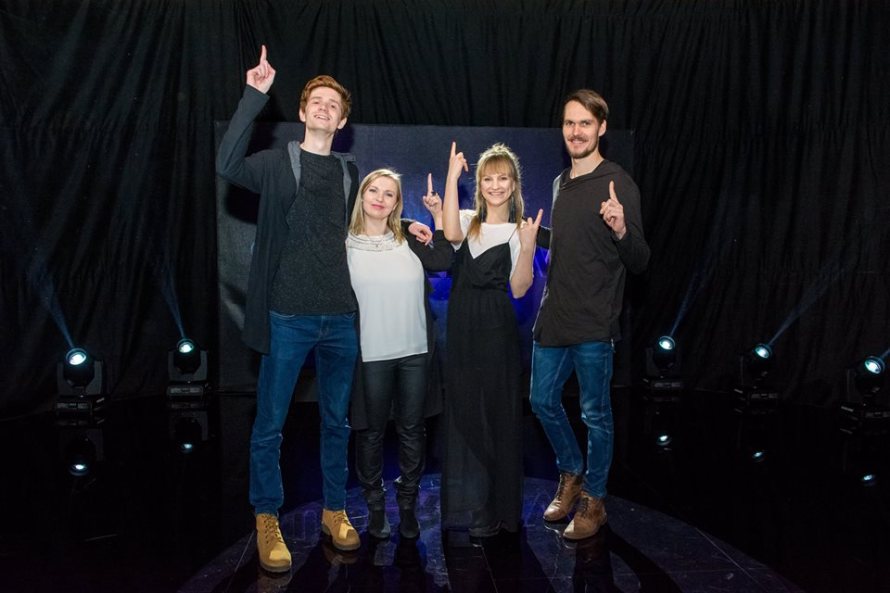 Franco Franco is a female lead singer and 3 guys on various instruments. The song is a very disjointed affair really. It is showing signs of a bit of a back beat and the song is trying to keep up with it. The chorus is certainly the only memorable part because it is repetitive. This doesn’t really get going for me and its disjointed effect isn’t really going to impress.

Pikaso is a rap artist. He wears a long black coat and has 3 backing singers with him. The rap is certainly heavy rap and the chorus is quite funky. Then it changes tempo and style and gets all warpy(is that even a word) it makes for a very weird song all together. Welllllll I don’t think so.

Last song of the night from Linda. Long flowing blond hair and a deep purple dress and leggings. The song is very funky in its feel but also very prog rock disjointed and a bit all over the place really. I was hoping for a big finisher but no this is quite painful and lacking a feel good factor to it. It certainly has some good energy in it though I will give Linda that and her vocals are good too.

So a very varied selection so while we have a run through and a 10 minute window for voting who do I think will go through?  For me definitely Katrina Circule then Rock N Berries. My other two would be First Question and Edgars Kreilis.

The voting window is now closed after another run through of the songs.

We have all the artists on the stage for the results. We get a brief chat with a selection of them.

Well there you go see what I know with none of mine getting through tonight. I do not think we have seen the winner in Latvia tonight and certainly not a Eurovision winner.

Thanks and see you all again next week for Heat 2.