#BIRTHDAY: Omar Naber from Slovenia is 39 today Many people can claim to have a unique record in our favourite TV show. It could be their country’s only winner. Or the only person to win twice as a performer. More often – probably – are people who share […] 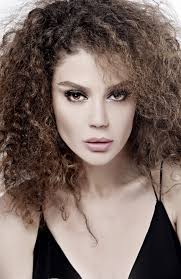 BIRTHDAY: Tako Gachechiladze is 37 today Do you ever wonder what becomes of Eurovision stars after they’ve had their three minutes of fame? I’ll wager some of them go back to working in [insert coffee shop chain here]. Maybe some of them end up catching norovirus whilst working […]

BIRTHDAY: Jimmie Wilson is 39 today We seem to be having a run of duos and duets lately, so here’s another one. After all, with two singers for the price of one, you’re bound to connect with at least 50% of the singers trying to sell you a […] 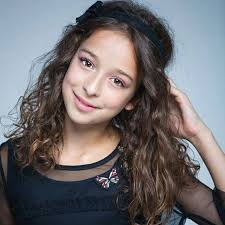 BIRTHDAY: Tijana Bogićević from Serbia is 38 today Balkan, Balkan, Balkan. And so on. That’s where we are today, and things have a definite Cyrillic flavour. We’re with a country that burst onto the Eurovision scene in 2007. That’s Serbia. Yes, the place who’s capital is Belgrade had […]

BIRTHDAY: Alex Florea from Romania is 28 today Duets! Is there nothing more exciting than two people singing the same song. Will they perform in harmony? Will they try and out-do each others? Will they stand centimetres apart and shout? That’s what makes them so watchable. An added […]

#BIRTHDAY: Ilinca from Romania is 21 today

BIRTHDAY: Ilinca from Romania is 21 today It would be a dull old Eurovision if all the songs sounded the same. They obviously don’t, otherwise they’d all finish up with the same number of points. But whilst they all want to stand out, some stand out because they […]

#BIRTHDAY: Blanche from Belgium is 20 today

BIRTHDAY: Blanche from Belgium is 20 today You wait ages for a Belgian performer to come along, and then two appear on consecutive days. Well, Belgium have been participating since 1795, only missing three years. So there are a lot of singers to choose from. As you’ll know, […]

BIRTHDAY: Jacques Houdek from Croatia is 38 today Singer, writer. It’s a well-trodden path. If you’re a singer worth your salt, you may have dabbled in songwriting too. It implies that you can sing, and understand how music properly works. No, I’m not rambling. I’m leading up to […]

#BIRTHDAY: Lucie Jones from the UK is 28 today

BIRTHDAY: Lucie Jones from the UK is 28 today What do you think of the Big Five? Should they get an automatic place in the final, or should they have to go through the semi-finals like the rest of us? It’s true that the Big Five do have […]