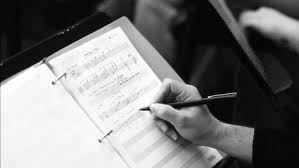 You thought we were done with our returning songwriters. But it appears that they must get the bug, just as much as fans return to the contest to stand in a crowded mosh-pit year after year. However, some of them may be in with a chance of at least doing well. You can find the previous instalment HERE, and here are some more.

In Vienna, we saw Aminata Sividogo grab Latvia’s fortunes by the scruff of the neck and drag them kicking and screaming into the final with her sublime self-written  ‘Love injection’ (oo-er missus). After her sixth place last year she’s back and giving Justs another one of her compositions. The early reaction has been favourable so will our favourite Latvio-Burkinabé songwriter make it two-in-a-row final appearances? Here’s Aminata as she was in Vienna.

Next we have a trio of songwriters wo have collaborated for another go at Eurovision glory. The song composed by Boris Milanov, Sebastian Arman and Poli Genova was one of the last to be revealed. Perhaps they were hoping to save the best till last. Admittedly, the fans out there seem to like this one too, and we know that Poli will be a whole heap of fun in Stockholm. Can this writing team go one better than ‘Na inat’ in Düsseldorf and make it to the final?

A few days ago, we featured Mr Kirkorov and Mr Kontopoulos who had written the Russian song this year ‘You are the only one’. This song actually has four songwriters, and I’m sure all four have had an equal amount of input into the song. This other two are John Ballard and Ralph Charlie. The last time they collaborated on a song was a mere two years ago in Copenhagen. It was, of course, ‘Shine’ by the Tolmachevy Sisters. Mr Ballard also co-wrote ‘Hold me’ by Azerbaijan’s Farid Mammadov a year early. Here’s the aforementioned ‘Shine’.

Finally, we head to Moldova. Perennial triers, and the occasional Grand Final appearance. Sadly they’ve not made a final since 2013, but they’ve pinned their hopes on a song written by Gabriel Alares and Leonid Gutkin. Mr Alares wrote the Russian songs in 2013 and 2015, and Mr Gutkin joined him in 2015 (along with a cast of thousands). So we have the pedigree there, but will ‘Falling stars’ have what it takes to make it to the stage on 14 May?

Gabriel Alares’ story doesn’t finish there however. In keeping with the adage of not putting all your eggs in one basket, he’s also got a hand in Norway. Well, the Norwegian song ‘Icebreaker’ anyway. It’s happened before where songwriters have got more than one song through, but it’ll be interesting to see which he wants to do best. Anyway, here’s ‘A million voices’ from Vienna.

Which of these are your favourites? How do you rate their chances this year? Can any of them win? And stay tuned from the final part in this series.