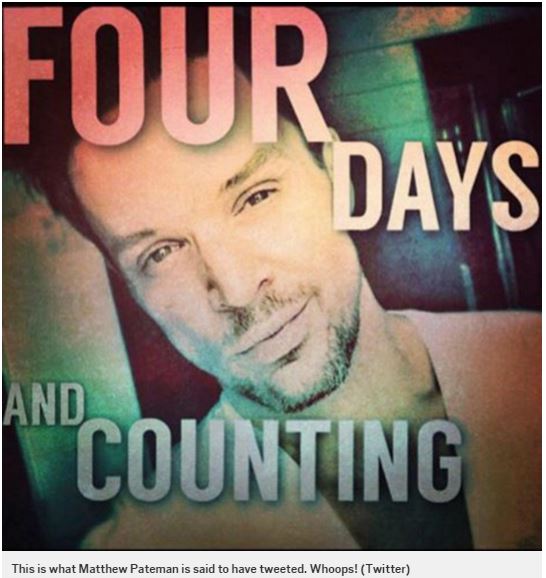 More closely guarded than Bucking Ham Palace – who has made the final of the UK’s selection for Eurovision 2016?

Well if today’s papers are to be believed then former lead singer of 90’s band Bad Boys Inc and actor on the BBC’s show ‘Doctors’ – Matthew Pateman aka Matthew James – could be in the running to be announced tomorrow.

Pateman posted this picture on Twitter ‘Four days and counting,’ as well as the caption: ‘It has been a long time coming #newmusic #news #uk,’ according to The Sun. His account was then LOCKED – did he upset BBC bosses or did he just forget his password? Check out the Tweet pic above.

During his time in Bad Boys Inc – Pateman along with his fellow singers Ally Begg, David W. Ross and Tony Dowding had six hits in the UK top 30 with their highest being ‘More to This World’ that peaked at #8

The six finalists will be announced tomorrow morning on Ken Bruce’s Radio 2 show when the songs will be heard for the first time. The UK final will be held on Friday. Not long to go now.