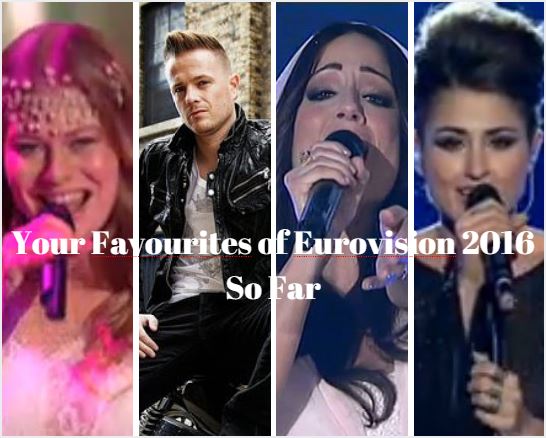 Who is your favourite song at Eurovision 2016 so far?

With Bosnia Herzegovina releasing their song for Eurovision 2016 tonight – SEE HERE – this is your update on the songs that have been selected so far.

There were 4 clear favourites in our poll and the results were as follows :

In the bottom half of the results Denmark and Albania had but 1% of the total vote. Lighthouse X don’t seems to be shining a light on the voters yet!

You can still vote in our on-line international poll HERE

Who get’s your vote before we have another 3 songs selected for Eurovision – Bosnia Herzegovina, Iceland and Ukraine.

Get voting as it’s close at the top!