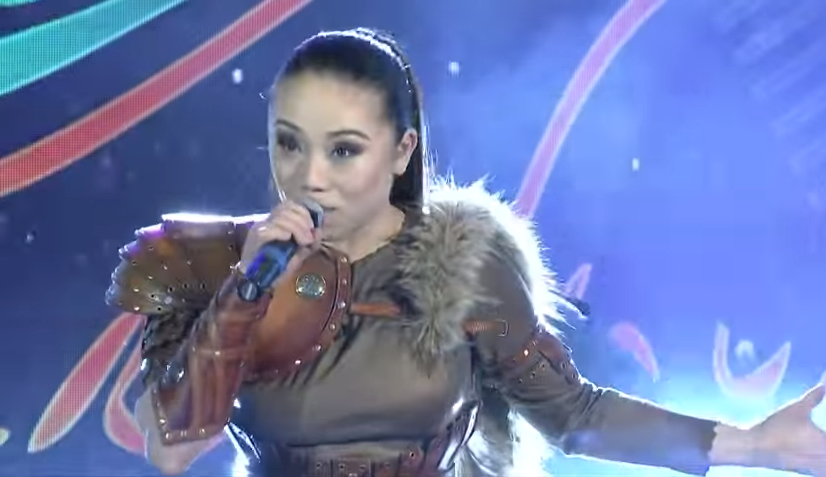 Türkvizyon Song Contest 2015 was the third edition of Türkvizyon. The contest took place today December 19th in Istanbul, Turkey. Twenty One Turkic regions, which have either a large Turkic population or a widely spoken Turkic language, participated in the contest, as well as one Turkic ethnic groups who do not have a defined region. Unlike previous years there was no semi-final this year.

After a very close voting sequence, the winner by only 9 points, was Kyrgyzstan represented by Jiydesh Idirisova and the song ‘Kim Bilet’ or ‘Who Knows’. The song and presentation pays homage to Eurovision’s own Ukrainian winner Ruslana and her ‘Wild Dances’. 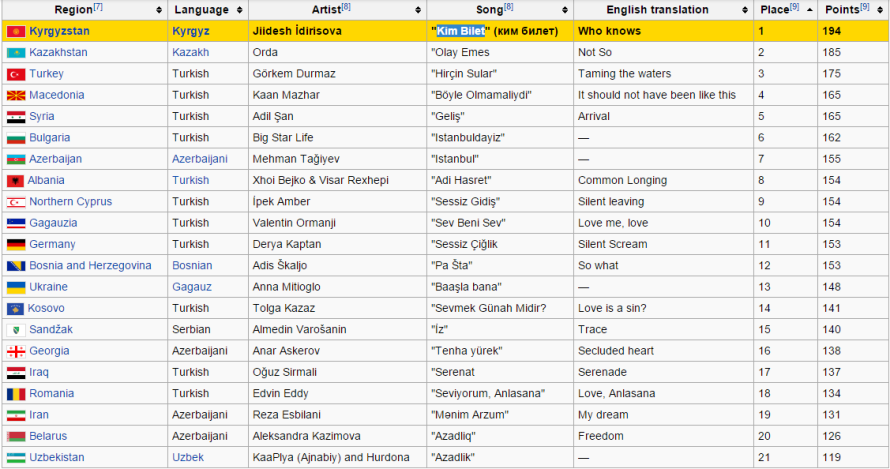 This is the third outing for the contest as Turkey remains distant from the Eurovision Song Contest.