FINLAND : Can anyone catch PKN in the UMK Final on Saturday? Your thoughts 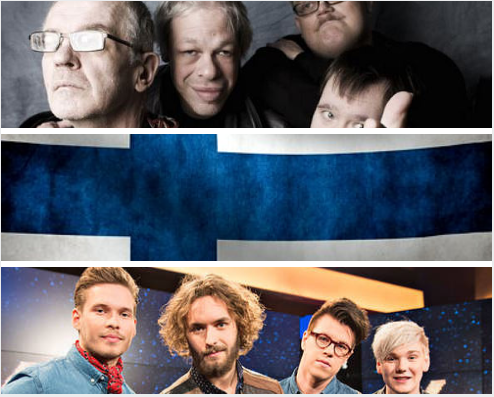 FINLAND : Can anyone catch PKN in the UMK Final on Saturday?

This is the question that we have seen across a lot of Eurovision forums this week. Is it a question of political correctness or of the love of the music that seem to be the debates and points of discussion.

For readers out there, the band PKN are first and foremost rock and metal musicians. However the International story that has grabbed the headlines is that all the members of the band have learning disabilities.

It seems as if this is the debate for many. Satin Circus and their song ‘Crossroads’ were the overwhelming pre show favourites and even some were saying Helsinki 2016. However none of the International audience were prepared to see just how PKN would capture the public imagination with their story and music.

The Finnish Final this Saturday will be decided by a 90% Public Vote and 10% Jury Vote. With such a heavy weighting towards the public vote will this be in favour of PKN like the media would have you believe?

If you are to compare the views of PKN and Satin circus to their official videos for their songs, that could tell a story in itself

On the other hand Satin Circus have 90 thousand hits on YouTube.

Initially that is a huge difference in numbers. However the International sites have been talking of the story of PKN since UMK began.

Let’s take a look at the downloads on Spotify to see where people have been dowloading/listening to the songs on the go. That paints a different picture altogether.

Satin Circus have almost 10 times the Spotify downloads as PKN. That in itself could be an indication as to where people maybe willing to spend their money on the SMS votes that are well over 1€ in cost in Finland! That is expensive for sure!

You could not get 2 songs that are different in genre if you tried to. So one has to ask is how are the Finns going to vote?

Well another interesting fact is that Satin Circus have some Swedish members in their band. Recent experience has shown us that the Finnish/Swedes who live in Finland will vote in considerable numbers for acts that have Swedes in them. Look at Pernilla Karlsson and Paradise Oskar both of which come from the Swedish-Finnish community in Finland. This could have an impact on the scoring.

However the question really should be that people vote for the best song on the night and if that is PKN or Satin Circus or another act (as UMK is jam-packed with great songs) then people need to accept the vote of the Finnish Public.

The on-line debate will rage on about the PC vote versus the Song vote – I just want a good show from YLE like they have done for the past 3 weeks and may the best act win.