IRELAND : Photogallery Behind the Scenes For Tonight’s Eurosong Final – Plus Viewing Details

Are You Ready For Eurosong 2014 – We go Behind the Scenes. Photo : Eurovision Ireland

Ireland – Yes the time has come and tonight Ireland will select their entrant for Eurovision 2014. We have a behind the scenes look with the artists and details on the show for you tonight.

International Viewers can watch live on the RTE Player HERE

You can #JoinUs for our Live Rolling Blog HERE #Eurosong

The show will be hosted by Ryan Tubridy on The Late Late Show. Joining Ryan on stage for the Review Panel will be Eurovision Winner Linda Martin, X-Factor Judge and Music Manager Louis Walsh, Eoghan McDermott (The Voice Of Ireland Presenter) and Maia Dunphy (Irish TV Producer/Presenter and Writer).

Marty Whelan will assume the role of roving reporter backstage in the Green Room with the artists.

Interval Entertainment will come courtesy of 3 time Eurovision winner Johnny Logan who shall be performing a medley of his Eurovision hits and also joining him will be the 1994 Eurovision Winners Paul Harrington and Charlie McGettigan performing “Rock and Roll Kids”.

The result of tonight’s contest will be a combination of Regional Juries and Public Vote – a 50/50 decision. Ireland will compete in the second Semi Final on May 8th in Copenhagen.

The Performers and Mentors

Yesterday we were at RTE for the Press Call and rehearsals. Check out the artists with Host Ryan Tubridy and their Mentors. 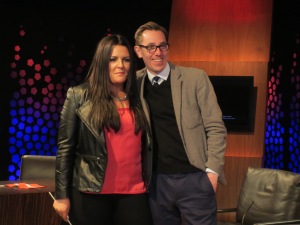 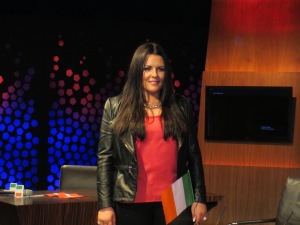 We took a few pictures for those of you who want to know what it is like to be backstage at Eurosong.

Here is the walkway that the artists will take on their way to perform live tonight. 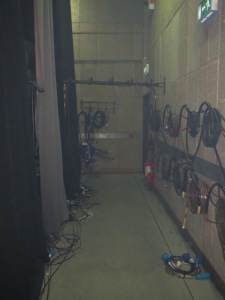 The Staging Area was under construction yesterday. You can see the LED backdrop screens that will be used for the show. 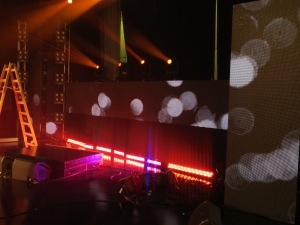 Tonight where the Eurosong Panel will commentate tonight on the entries. Photo ; Eurovision Ireland

#Joinus at the #Eurosong Final Tonight on the #LLS . Photo : Eurovision Ireland

Make sure to tune in tonight for the Eurosong Final at 21:35 (GMT) – All the viewing details above for the National and International Audience. Make sure to #JoinUs on the Eurovision Ireland LIVE BLOG with John Stanton and we will also be live in the RTE studios to get all the reactions to the show.

Who do you think will win tonight?