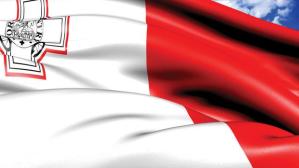 As Eurovision Ireland had predicted, Malta has announced the acts that have been shortlisted for potentially being the 20 acts that will compete in their National Selection Process for Eurovision 2014. As we had suggested Miriam Christine and Fabrizio Faniello are returning to the Maltese Eurovision Selection again and have made the 70 shortlisted acts.

PBS/TVM have announced the acts and composer/lyricist details for their Eurovision National Selection. There are some very familiar names in the composer selections – Friends of Eurovision Ireland – Michael James Down, Jonas Gladnikoff and Aidan O’Connor. You will also notice that former Eurovision contestant Glen Vella has written a song in the shortlist.

The 70 songs will be reduced to 20 and will be confirmed on the Maltese show “Xarabank” on the 29th November 2013 on Television Malta.