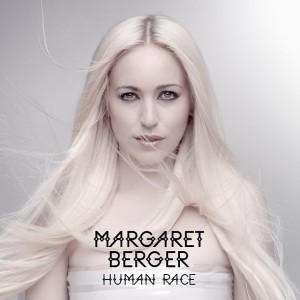 Margaret Berger represented Norway at Eurovision 2013 with the stunning electro-pop song “I Feed You My Love” and brought the country to 4th place at the contest. Today she has released her eagerly awaited follow-up single “Human Race”. You can watch the full lyric video below, courtesy of Macho Records – the people that brought us “I Feed You My Love”

The song “Human Race” is the second official song from Margaret’s upcoming third studio album “Chastisemen”. The album is set for release later in the Autumn via Macho Records. The track is the follow-up to her Eurovision 2013 song “I Feed You My Love“.

“Human Race” is released on iTunes today (September 6th) in Scandinavia. It is another addictive electronic – pop song in the same style that we have seen on Margaret’s previous 2 albums (which we loved). This song has a darker feel to it, especially when you listen to the lyrics – “I don’t know where I have lost my faith. Help me escape the Human Race”. Yet at the same time it maintains a fantastic electronic beat. We like this a LOT!

The artwork for her album and single was created by renowned photographer Pål Laukli.

Our recommendation of the week!