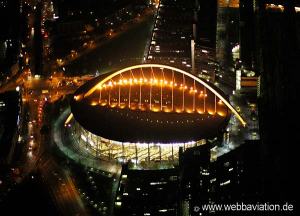 Germany will select their Eurovision entrant for 2014 on March 13th in the city of Cologne. They will be using the show “Unser Song für Dänemark”- which translated is “Our Song For Denmark”.

The show will be broadcast from the Lanxess Arena in Cologne. This in itself will be bigger that the Grand Final of Eurovision this year. The Lanxess Arena can seat 20 thousand spectators. Germany are “Going BIG” for 2014″.

The show will be produced by National Broadcaster NDR and Brainpool.

Germany are determined to return to the Top 10 next year and possibly their third win at the competition.