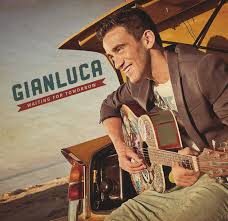 Oh we have waited for this moment and it is here. We have just received a copy of Malta’s Eurovision hero Gianluca Bezzina’s new album “Waiting for Tomorrow”. The album is released on 18th August 2013 on Albam Records, but the great people at the record company have sent us our own copy – and to say that we enjoyed listening to it is an understatement.

Gianluca was one of our favorite singers at this year’s Eurovision both on and off the stage. We thought that he could not surpass the charm of “Tomorrow” but how wrong were we. The album “Waiting for Tomorrow” is filled with jewels of pop/blues and swing.

This song sets the tone perfectly for the album. This is a jazz/pop/easy listening song that eases you into the album. With some trumpets throughout the song you are perfectly in that relaxed swing vibe.

No need to tell you anymore except that this still sounds wonderful and charming and thoroughly deserved being Top 10 at Eurovision.

We have already been singing the praises of “I’ll be there”. This is the big band summer sound that just gets you on your feet every time you hear it. Think of Harry Connick Jr and you have this song.

First time we have heard Gianluca take on a ballad. With his soft vocals the song is pure and simple story telling. There is a great key change in the transitions from the verses into the chorus. It gives an added interest to the song.

The reoccurring thing we notice with Gianluca is that his songs and lyrics are so accessible to the listener. Storytelling through song is something that many artists try, yet many get it right. Gianluca just seems to strike the right chord each time. This song has a slow verse but a resounding chorus just like when that special person comes along and “lights you up”.

This song has a lot more edge to it with a strong “blues” influence to it. It reminds me very much of music from the great Don Henley. I think of songs like “In a New York Minute” – and that is a compliment in my books. There is a great musical breakdown in this song which I found somewhat sultry – Oh Doctor!

Back to the catchy hooks that are now part and parcel of a Gianluca song. This could be a song that Coldplay would perform and there are just enough “Oh Oh Oh’s” to remind you of Eurovision again.

You know when you have one of those bad days and you get out of bed on the wrong side and everything seems to get worse? Well this reggae inspired song helps you get out from under that dark cloud. You can’t help but turn that frown upside down – “Altogether – Do, Do, Do”.

This is a soft rock song which is a little different for Gianluca. His vocals are raspy to match the change in sound – a good guitar infused song.

I think Gianluca has saved the best til last. This is a duet on the album and its pure simplicity just grabbed my attention from the first notes of the song. A simple arrangement of guitar, piano and soft string section. This is like a modern lullaby or a song that you could see in a movie where people are sitting around a camp fire. A tender love song where the female vocals just compliment the ballad and Gianluca. This song goes to the top of my playlist.

Overall this album has delivered everything I hoped for an evenmore. My hopes were high for Gianluca as we were a fan of him at Eurovision and also in the band Funk Initiative. The album “Waiting For Tomorrow” is pure and simple – no gimmicks or over producing. That is why we like it so much. It is all about the voice and the instruments, which makes this a stunning and refreshing debut album.

“Waiting for Tomorrow” will be released on August 18th and we think it should be a hit. It just goes to show that “Good Guys Do Win”.

We can only wish Gianluca continued success in his musical career. He and the Maltese Delegation were very kind to us here at Eurovision Ireland in Malmo and we can tell you that Gianluca is a gentleman both on and off the stage.