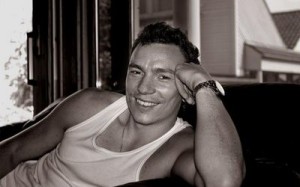 New Music from Brinck and other Eurovision Singers. Photograph courtesy of eurovision-quotidien.com

A roundup of the new music which is being released by Eurovision singers from the 2013 and previous contests. We have songs from Romania, Austria, Bulgaria, Denmark and France.

Mandinga represented Romania at Eurovision in 2012 and made it to the grand final with their song “Zaleilah”. They are back with the very urban/dubstep song “Bling” featiring Muneer. It still has a slight ethnic beat to it and a video that any American Hip Hop rapper would love. We are liking this song for sure. A lazy funky summer song.

Natalia Kelly who represented Austria at Eurovision 2o13, has released her new single. Here is a clip of the song “Face The Day”. We seriously think that Natalia sent the wrong song to Eurovision! “Face The Day” is far more interesting than “Shine” and gets my hips shaking for sure!

Miro – remember him from 2009 in Moscow? Well he has changed from a Blonde to a Brunette and is now singing in English. Europop mid tempo song where the video is sponsored by Emporio Armani – right down to the close-ups of his snug fitting Armani jeans. “Sensation of Love” is sure to be a massive hit in Bulgaria like all of Miro’s songs tend to be. 10/10 for his piercing eyes!

Sofi Marinova – She represented Bulgaria last year in Baku with the song “Love Unlimited”. You may remember that she came equal 10th in her semi final, but Tooji from Norway progressed to the Grand Final on the vote counting system. Despite the staging of her song I by far would have preferred to have seen her qualify.

Her style of music is known as Chalga. It’s a mix of gangsta rap and usually high energy disco. At present there is not a lot of rapping in this style of music but Sofi would usually be classed in this category. Personally I like it. Her new song which is titled “Promyana V Plana” is already on my playlist. Good to shake your money-maker to.

Brinck is back. You may remember that he represented Denmark at Eurovision in 2009 with the Ronan Keating song “Believe Again”. Well he is back with the new song “Sommer”. All I have to say is “Why didn’t he sing this at the Danish National Final this year?”. This would have challenged “Only Teardrops” and I suspect would have won Eurovision too and spared us the tin whistle that I still have nightmares about!

Back to “Sommer” – as the title says, is a summer song that is a mid tempo/rock song that Brinck does really well. I do though get somewhat annoyed when they call the video “A Mini Movie”. That title is reserved only for the Great Michael Jackson as they were truly “Mini Movies”. The video is of a young boy – a happy-go-lucky chap – that is coming of age. You know what I mean – he discovers girls, picks fights with other boys and discovers the attraction of money. We have all been there – well as Meatloaf would say “” 2 out of 3 ain’t bad”. Like this a lot. Should have been the Danish song at Eurovision this year.

Nayah – who represented France at Eurovision in 1999 – who controversially held the belief that we were all derived from Aliens – I kid you not. Anyways, she has returned 14 years later with her new album. She always bore a striking resemblance to Celine Dion in looks and voice. So much so that she was part of a French tv show where people went to America to pursue their dreams of following in their idols footsteps. 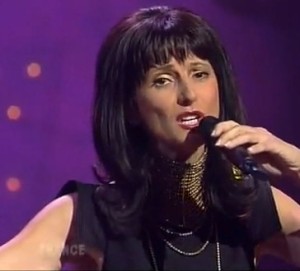 Well Nayah is back and her album is called “Je Suis” and it is a mixture of disco, soul, pop to easy listening. You can hear clips of all the songs here on the below link

There you have it. A quick round up of new songs released from Eurovision singer past and present. Have to say that Sofi and Brinck are on my playlist. Anything take your fancy – music wise!!