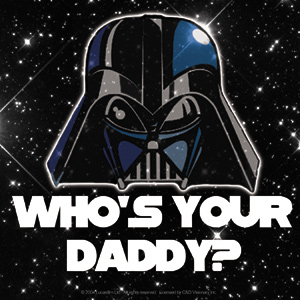 Happy Father’s Day to all the millions of you out there. For the day, we thought we would look at a few of our “Eurovision Daddies” out there and send them a little sugar-coated kiss of thanks for what they have done for Eurovision. So her we go down memory lane.

In the 1950s Europe was emerging from World War II and the EBU was looking on how they could help rebuild the social fabric of Europe. At a meeting held in Monaco in January 1955, the Director of Swiss Television and EBU Committee Chairman – Marcel Bezencon – came up with the concept of an International Song Contest and as they say – “the rest is history”. The first Eurovision Song Contest took place the following year 1956 in Lugano, Switzerland. As for the name “Eurovision” – well that was first used in relation to the EBU’s network by British journalist George Campey in the London in the “Evening Standard” newspaper back in 1951. So Happy Father’s Day Marcel Bezencon.

The first Male winner of the Eurovision Song Contest is our next Daddy today.  André Claveau represented France and gave the country their first win at Eurovision with the song “Dors, Mon Amour” way back in 1958. The contest was held in Hilversum in The Netherlands.

Despite coming 3rd in the 1958 Eurovision Song Contest with the song “Nel Blu Dipinto di Blu” (or better known as “Volare”) was the first song from Eurovision that went on to become a global success and has been covered by hundreds of artists and featured in thousands of Movies and TV shows to datw. This song was Eurovision’s Global Calling Card so Domenico you are certainly the Daddy!

Serge Gainsbourg is the legendary French music Writer and producer that we have to pay homage to him on Father’s Day. He put pen to paper and wrote the song for Luxembourg in 1965 – one Miss France Gall. “Poupée De Cire, Poupée De Son” was the winning song and was like nothing else that had been seen at Eurovision before. The fast up beat tempo song was the first non ballad to win the contest. As is common with Gainsbourg’s lyrics, the words are filled with double meanings, wordplay, and puns. The title can be translated as “wax doll, rag doll” (a floppy doll stuffed with straw) or as “wax doll, sound doll” (with implications that Gall is a “singing doll” controlled by Gainsbourg). Either way it opened the door for Eurovision and it too became a chart success. Serge “Je t’aime”

The 1970’s brought us the Act that would become the biggest selling band to ever come from Eurovision – Abba. Benny and Bjorn were the men who brought the group together and penned their classic songs that helped make them the global phenomena that they still are today. 1974 – after 2 previous attempts to represent Sweden at Eurovision – they eventually made it to the contest and win the Grand Prix for Sweden for the first time. Without both men we wound have had no “Waterloo, Dancing Queens or The Winner Takes It All”. 2 Daddies for the price of one!

There are 2 men from Norway that we have to celebrate for 2 completely different reasons – and neither of them is Alexander Rybak.  Norway had the honor of receiving the dreaded “Nul or Zero” points at Eurovision on the most occasions, but that all changed with one man – Rolf Løvland – who wrote 2 of Norway’s winning songs – “Let it Swing” for Bobbysocks in 1985 and then “Nocturne” for Secret Garden in 1995. For this reason he has to be one of our favorite Eurovision Daddies.

Norway holds the record of most Eurovision zero points at the finals – 4 times – and has finished last in the Grand final on 11 occasions. One of their most celebrated singers who has represented them 3 times at the contest – and responsible for one of the “Zero Points” outings – is the amazing Jahn Teigen. “Mil etter Mil” from 1978 is a Eurovision classic – for Jahn’s Braces, Leaping splits and shrieking – but certainly a song and artist for our Favorite Eurovision Daddies!

What would Eurovision be without the song writing machine that is Ralph Siegel from Germany. He has written no fewer than 22 songs that have been selected to represent many countries and not just his own Germany. He co-wrote Germany’s first Eurovision win in 1982 for Nicole – “A Little Peace” that was a Europe wide hit as well. Add to this 3 of his songs came second and a further 2 songs paced third at Eurovision. However he has had a further 47 – yes 47 songs – in National Finals throughout Europe, the man is one of Eurovision’s most committed writers. So for his services to Song Writing we have to say that Ralph Siegel is one of our favourite Eurovision Daddies. With an extensive Eurovision back catalogue we had a tough time selecting one of his songs but we hope you like this one.

How could we not mention the biggest Eurovision Daddy of them all – Ireland’s very own Johnny Logan. The winner of 3 Eurovision’s 1980, 1987 and 1992 he is like no other. 1980 he was the singer of Shay Healy’s “What’s Another Year”, 1987 we wrote and sang “Hold Me Now” and then in 1992 he wrote “Why Me” for Linda Martin. Also to mention to this is that he also wrote Linda Martin’s “Terminal 3” that came second for Ireland in 1984. Will there ever be another artist like Johnny Logan at Eurovision? Time will tell.

We hope that you and your Father’s have a wonderful day and a spacial thanks to our own “Eurovision Daddies”.