Bonnie Tyler gets “A-Playlisting on BBC 2 Radio”, Seemingly Love is a “Battlefield” and “Rome”! 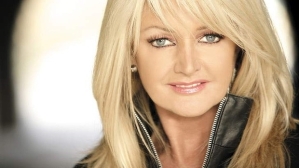 Bonnie Tyler who will representative the United Kingdom at Eurovision 2013 is on a run of good luck and Eurovision Predictions are that she is on course for a high result at Eurovision. “Believe In Me” just made the A-list playlist on Radio 2, that means a maximum number of plays on the network for Bonnie this week. “Meanwhile over in Denmark, the song is getting lots of airplay on DR P4, Radio 10FM and Radio HSR” reports the BBC. This in the first time in several years that a UK Eurovision entry has been put on the A-List playlist on Radio 2.

Today also saw UK Eurovision commentator Graham Norton add to this by saying “Good luck to her [Bonnie], I think we should all get behind her. We are one United Kingdom!”.

Now if this was not good enough news for Bonnie and the UK, it was also revealed that the computer game from EA Games “Battlefield 4” aka BF4 – which is due for release in the Autumn of 2013 – has seen the on-line promotion of the game become one of the most watched and downloaded trailers for a video game. The game has received an approval score of 82% despite nobody being able to test the game – which we have been led to believe is unheard of in the Video Game world – we only have time for Eurovision here. What has this to do with Tyler I hear you ask? Well the trailer is played out to Bonnie’s global 1980’s hit “Total Eclipse of the Heart”.

Without Eurovision being upon us – the media are speculating that Tyler’s next single from her album “Rocks and Honey” will be “Sunshine” and is already being asked for on radio stations.

Touring – Bonnie confirmed today to UK site FemaleFirst that she will be touring after Eurovision and has confirmed that she will be performing at several Summer Festivals including the Harley Davidson Festival in Rome as well as South Africa, Singapore, Germany and Scandinavia. Is this the year for the UK to return to the Top 3 at Eurovision?