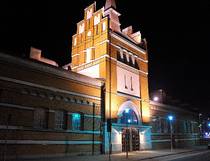 (Photograph courtesy of Flashtheworld2.com) Many of our readers had asked where EuroClub 2013 would be based? SVT has announced that it will be in the Slagthuset quarter of Malmo. If you did not know it but “Slaghuset” is the biggest nightclub in Scandinavia according to the website DaysInSweden.com and […]

Who will win Melodifestivalen 2013 and represent Sweden at home in Malmo? Well SVT ( Swedish National Broadcaster) have started the media machine for their national choice – “Melodifestivalen” – with one of the best TV adverts that we have ever seen. Thanks to our friends at Wiwiblogs for finding […]